?Forget fusty concert halls and extended narcolepsy-inducing operas. High art is being stripped down and given a contemporary repackaging.

The exciting development comes from an army of resourceful composers with a desire to present modern issues to audiences that once would have recoiled at the thought of seeing Shakespeare, an opera or listening to a booming tenor blow bone-shaking vocal wind for hours on end. Conventions are being re-aligned.

Tête a Tête is a driving force behind the experimental movement. Throughout August it presents 'new' opera at The Opera Festival.

The compositions reflect the height of composers' imaginations, including singing fetuses in A Fetus In America, and opera performed through a series of short films exploring homelessness in Fables: A Film Opera.

The Moonflower calls upon theatre, circus and video art, and celebrated composer Richard Thomas, the genius behind Jerry Springer The Opera, is guaranteed to appall with his Wrong Songs For Summer.

"Don’t come if you love opera for its chandeliers and tiaras," begs Tête a Tête's artistic director, Bill Bankes-Jones. "This is gritty, hardcore, artists-at-work creativity where sparks will fly."

It's not only the content that will appeal to novice opera-goers. In The Opera Festival, each composition is short and there are five shows staggered throughout each evening so audiences don't get bored.

Maverick composer Ergo Phizmiz has put together one of the most intriguing of them all with Staticopera, a silent opera conveyed through pictures on the gallery walls. 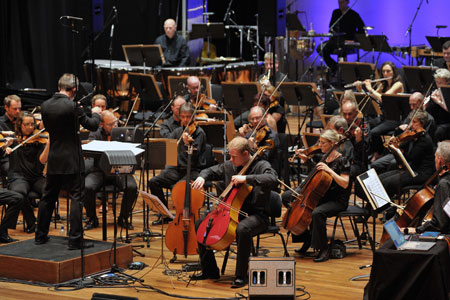 "I try to think of opera as something in the timeless sense of the form, but removed from its cultural shackles," he says. "There is an awful lot of snobbery around opera, but I have never understood why. To me, it's almost more like a cartoonised version of reality and that's not meant to be disparaging. Cartoons are quite a high expression of what people can do."

The alchemists behind many of the operas have chosen to explore issues in the headlines: war, climate change, poverty and government cuts.

They are designed to jolt us out of our complacency, explains Bankes-Jones.

"As a baby boomer, I've been seeing starving children in Africa on TV since I was born. Now we are seeing the same images again, but not being moved enough. Unless something is packaged in a fresh way it becomes difficult to take in," he says.

Mara Carlyle has an innovative approach to singing. The 'Missy Elliott of the classical world' performs in Opera North's Life Cycle, an arrangement of 20 songs that are a hybrid of classical and pop and trace the story of new motherhood.

She says: "It's brilliant that opera is being turned on its head. I've personally never seen the barrier between musical styles, but the evolution we are experiencing certainly opens doors for performers and recognises that all styles of music are a part of the same core experience."

Get a workout and make your limbs longer, leaner and stronger at Gymbox's sessions that incorporate ballet barre exercises.

What do you get when you mix a choir with the 21st century and a hell of a lot of attitude?

They won Best New Band at the Camden Crawl Emerging Talent Awards this year and have received plenty of attention from national radio DJs.

Gaggle will release a debut album in January next year and this September they'll be performing their brash reworking of 1969 libretto, The Brilliant And The Dark, giving a women's history from the Middle Ages to the Second World War. 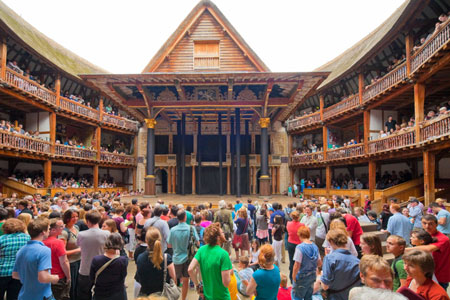 The God of Soho, London Bridge

Receiving a lot of attention for bringing popular culture and celebrity into a classic theatre venue, playwright and novelist, Chris Hannan's The God Of Soho is now showing at The Globe.

Inspired by the lives of glamour model Katie Price and the late Jade Goody of reality TV fame, the play follows a celebrity couple who are hounded by the tabloid press.

It's set between Soho and Essex and makes a real tale of morality for the modern world. Expect drugs, handbags, tabloid exposure, attention seeking and plenty of filth and foul language. Wonder what Shakespeare would have made of it…

Admire the beautiful neo-Palladian architecture of Chiswick House before an alfresco screening of Grease or Bridget Jones' Diary.

On this tour you can have a pint in the same pubs that Shakespeare and Dickens frequented.Most evenings through the year 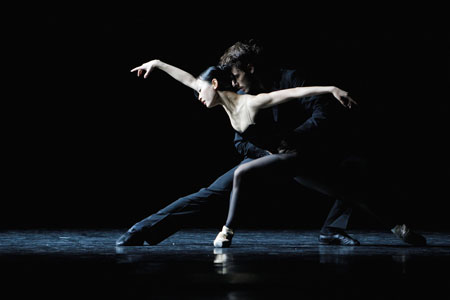 Adding a little bit ?of grit to art, the people behind Bold Tendencies have plonked work by international sculptists on the top floor of a disused multi-storey car park in Peckham.

They've also added a modern element by creating the Artfinder app, which lets visitors access guides to each sculpture and share them on social networking sites via smartphones.

Held at Shoreditch's Beer Music Hall, this book club attracts a younger crowd to discuss influential novels over tea. Its only rule is that books must be of high literary quality, with the philosophy that there are so many books, why read the bad ones. 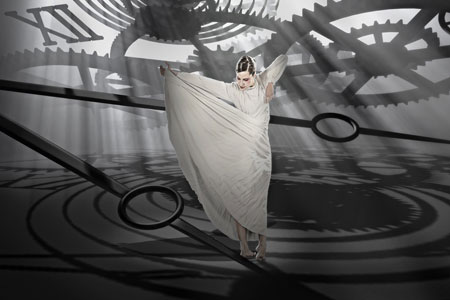 Connoisseurs at making modern music into classical, The London Philharmonic Orchestra will be at the Southbank Centre this September playing the soundtrack to video game favourites from the likes of Sonic The Hedgehog, Super Mario, Little Big Planet and iPhone craze Angry Birds. Conducted by Andrew Skeet, the show provides a unique way to get nostalgic about video games from childhood and today.

The Most Incredible Thing – the Pet Shop Boys' foray into composing for ballet – was so popular they're returning to Sadler's Wells for another run next year. Tickets on sale now.

Late at the Tate Britain, ?Milbank

Take in some fine British art with a drink in your hand and enjoy performances, music, talks and films in the surroundings of the Tate Britain at their monthly late-night openings.

This Friday (August 5), guests can see exhibitions on watercolour works and Vorticism – a radical pre-First World War London art movement. And you won't be battling with school groups to catch a glimpse. 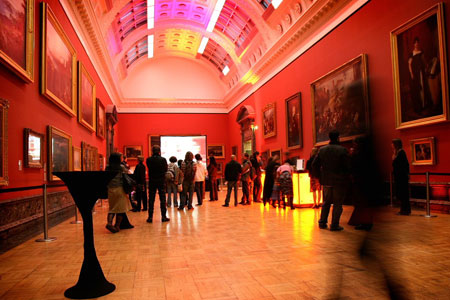 Over the last few years, classical club nights have been a growing trend in the city, especially in the East End, fuelled by young performers and composers, hungry to break the mould of the traditional concert hall.

Nonclassical is a club night, a record label and, according to Rough Trade records, a new genre of music. It brings a touch of rock 'n' roll to it – bands play through the pub's PA, pint in hand, and music is DJ'ed throughout.

The Nonclassical label has also enjoyed remixes from artists including Thom Yorke, Hot Chip and Simon Tong (Gorillaz, The Good, The Bad and The Queen). Cutting-edge classical music may be the next big thing.

The BBC Concert Orchestra will then be performing a psycho-dramatic and avant-garde extravaganza based on Poulenc's classic opera La Voix Humaine, setting the perfect scary mood.

Bringing theatre to a more laid-back setting, Regent's Park open air venue allows you to enjoy plays alfresco. Gershwin's Crazy For You will be running for the rest of the summer. What other theatres would allow, let alone encourage, you to bring a picnic with you? Until September 10

Shepherds Bush due to host its first fashion show