It has concluded that “stratospheric” pay increases are undermining productivity and damaging to British business.

The startling results, which took a year to compile, showed that the pay for top executives had risen by more than 4,000 per cent over the last thirty years.

Interestingly, the commission found that the average wage today in the UK is now £25,900. Similar figures put together in 1980 estimated that figure at £6,474 PA.

It was suggested that the pay of top earners should be widely published and declared, to aid transparency and trust, with wages for the average employee made comparable to the top executive. Currently awarding big payouts and bonuses are often kept under wraps in secretive deals. The High Pay Commission also said that a new national body should be set up to keep tabs on high pay. The report refers to “high pay creating inequalities last seen in the Victorian era”.

“There’s a crisis at the top of British business and it is deeply corrosive to our economy. When pay for senior executives is set behind closed doors, does not reflect company success and is fuelling massive inequality, it represents a deep malaise at the very top of our society.” said the chairman of the High Pay Commission, Deborah Hargreaves.

“The British people believe in fairness and, at a time of unparalleled austerity, one tiny section of society – the top 0.1% – continues to enjoy huge annual increases in pay awards. Everyone, including each of the main political parties, recognises there is a need to tackle top pay. That’s why we are saying there must be an end to the ‘closed shop’ that sets top pay and that pay packages should be clear, open and published to shareholders and the public.” 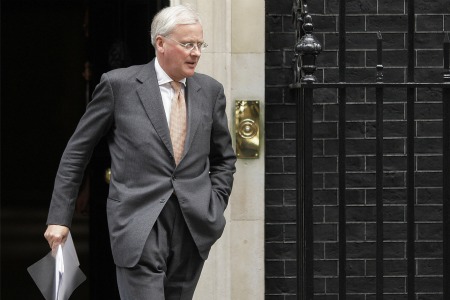 John Varley (pictured), a former chief exec for Barclays Bank, was used as an example in the study. His pay of £4,365,636 works out at 169 times more than the average British worker today. When compared to the same pay for a Barclays exec in 1980 the rate was 13 time the average.

The High Pay Commission was founded in 2009 and paid for by the Joseph Rowntree Charitable trust and pressure group Compass. It describes itself as non-partisan. The group was originally set up after a request for an independent investigation into executives pay in both the private and public sector was turned down by the Labour government.