For 23 years the incident has been blamed on the Liverpool crowd, deemed rowdy and drunk. The inquest has now revealed crowd behaviour as a secondary cause. Instead, the human crushing can be linked to the poor planning and decisions of the South Yorkshire Police.

Redacted and blocked statements exposed the lack of leadership and communication within the police force at the Liverpool vs. Nottingham Forest match at Sheffield Wednesday’s Hillsborough stadium.

One previously concealed statement claims the police force “appeared to be a bit thin on the ground for the numbers of people involved”.  Only the serial sergeant had possession of a radio.

The newly-published documents also make a point to praise Liverpool fans, stating that “many fans assisted in the removal of the dead and injured from the field”. The quote had been crossed out amid preparations for the first official report in an apparent attempt to shine a positive light on the police force and turn Liverpool fans into scapegoats.

The original 1989 inquest into the deaths ruled all victims were dead, or brain-dead, by 3.15 pm, just minutes after the match was abruptly ended and before emergency medical personnel could tend to the injured.

All deaths were subsequently ruled accidental, something the grieving families take great issue with. 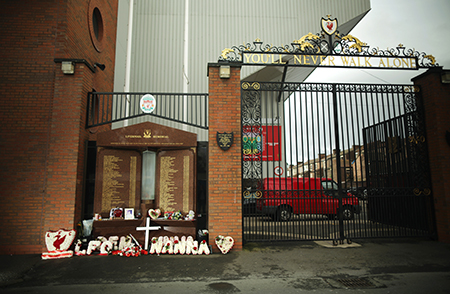 A report published in 1990 by Lord Justice Taylor placed the blame on lack of “police control”, though the Crown Prosecution Service decided there was insufficient evidence for prosecution at the time.

A panel was formed in 2009 by Home Secretary Jacqui Smith on the tragedy’s 20th anniversary to form a comprehensive report, detailing and explaining the documents for the benefit of the public.

Prime minister David Cameron is expected to speak on the disaster inquiry in the House of Commons. The new documents will eventually be published on a website for the viewing of the general public, though families of the victims will be the first to examine them. In the coming days, they will decide whether or not to take action.

As Margaret Aspinall, chairwoman of the Hillsborough Families Support Group, said, “This is what the families and the fans have been fighting for 23 years. Without the truth you cannot grieve and where there is deceit, you get no justice”.

Travel diary: The Simpsons director David Silverman to appear at the Festival of Animation in San Diego, Feb 9 – March 30

We Chat to a BlazeAid Volunteer