Hollaback! a movement that has sprouted in London is pushing for an end to street harassment.

Lewd and unwanted attention on the street from men is a grindingly familiar reality for between 80-90 per cent of women, research shows.

The routine response has been to ignore the harassment and walk on, suffering in silence – until now.

Hollaback! has thrust the issue into the spotlight, encouraging women to make as much noise as the unwelcome whistles, jokes, jeers and obscenities that greet them sometimes on a daily basis.

Hollaback! Has already struck a chord with women from Mumbai to Montreal and many cities in between. In London, it already has a small army of followers, exemplified by the posts on its website, where victims can anonymously sound off about their experiences.

A submission from ‘Libs’ reads: “Walking down the road at 3pm and some guy hisses ‘you’re gorgeous’ at me as he passes. Do I care what some leery guy thinks of my face? No. Do I want random men hissing at me when I walk past? Nope. Was I likely to turn and run after this guy and ask him to go for a drink so we could discuss my gorgeousness further? No! All in all it made me feel just a little bit shitter as I walked home.”

Libs gets it in one. As man’s success rate is approximately zero per cent, so why do they cat call at all? After all, it will never be returned with: “You think I’m hot and you want me to sit on your lap? OK, let’s exchange numbers.”

The Hollaback! movement has come out of a realisation that street harassment is now a social and cultural norm, with women made to feel like taking action only escalates the situation.

But if perpetrators are not held accountable, they will continue to do it.

Another Hollaback! forum member relayed a time she was ‘holla-ed’ at while evidently walking with her father. Normally armed with a witty retort, this time she was muted by the shock of the culprit’s flagrant disrespect.

Viewers of Mad Men, the BBC drama which looks unflinching at the world of advertising in the Sixties, may recognise the theme of women being objects of desire.

“What do you do around here besides walking around like you’re trying to get raped?”, the boys at Sterling Cooper hiss at Joan, the voluptuous secretary.

The fact we’re still talking about it more than 50 years later indicates that this is a stubborn issue. Though it should be pointed out that not all men are guilty. 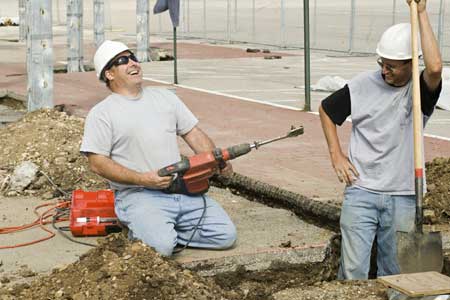 The power of a man

At a Hollaback! holds its meetings in an east London nail salon called WAH, which stands for We Ain’t Hoes, attendees –young, attractive women and a handful of men – conjectured that street harassment has nothing to do with sex and everything to do with power.

Far from being interplay between man and woman, the behaviour is a study in males asserting their masculinity among each other.

Robert Phoenix, 31, from Tooting went so far as to say hollering was an unconscious action.

‘’There’s a total lack of comprehension from men about what they are doing,” he says. “The fact is that they are social idiots who, rather than being told to stop this behaviour, need to be told how it makes women feel. You don’t want to make it an issue to a point where they are too afraid to talk to women at all.’’

Phoenix has hit the nail on the head. It’s not that women don’t enjoy a compliment, they just don’t enjoy it when it makes them feel intimidated.

Women have even told of mapping a new route to work to avoid undignified bellows from a construction site. There is a fine line between flirting and harassment, but where it lies, is a grey area.

So, an admiring wolf whistle is not just a bit of harmless fun? Not according to Hollaback! London founder, Julia Gray, 23.

“Critics will say we’re over-sensitive but what we object to is the frequency of this behaviour. If you allow one form of sexual harassment it escalates, so we want to see an end to all forms of it.”

Hollaback! is not a group for angry feminists, Gray assures. Men are also championing the movement. They have a responsibility to.

Tools of the trade

Ask any woman and they’ll tell you marching by a construction site can be an ordeal. Building sites are synonymous with lewd behaviour.

But a building site supervisor in Westminster, who didn’t want to be named, argues that’s in the past. “There’s still an element of it that goes on, but now, with sexual harassment laws so strict, all the boys are told in induction that if they’re caught, they are red-carded immediately.

“I’m an old school boy. If you saw a nice young lady walk past you’d say ‘how you doin’, darling?’, but unfortunately all we can do is have a look and button our lips.”

Tackle it head on

While the birth of Hollaback! is positive for victims, it will be some time before this deeply entrenched social issue is stamped out completely.

In the meantime, women are advised to tackle street harassment as it arises.

Going straight to the boss if it’s on a worksite should serve the perpetrator some comeuppance. Otherwise, advice swings from ignoring it, to putting them in their place completely.

One Hollaback! user told how she shouted abuse in the “cowardly face” of a man who pinched her on the bum in Leicester Square. “I was completely sober, completely dressed, and completely in power.” Men, you have been warned. 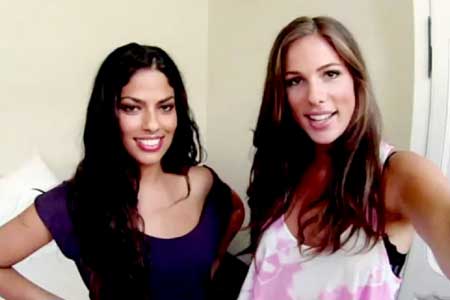 Two Kiwi girls took to the streets of LA with a hidden camera in their back pockets to catch men staring at their backsides.

The result was an entertaining and enlightening video entitiled Rear View Girls, which caught skateboarders, guys and their girlfriends and even a ‘Jesus’ ogling at them.

Ignore that this was a surreptitious advert for Levis jeans (they owned up a week after it was launched). The video went viral, demonstrating that in this big brother state of ours there’s dubious fame to be achieved for perverts. 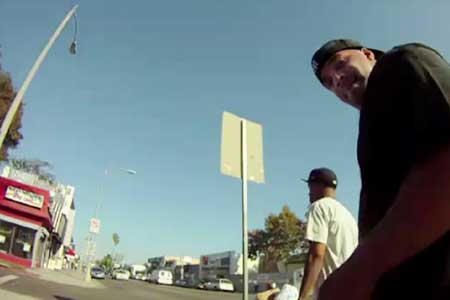 Mario Valdivia, 51, found some when Nicola Briggs, an American tai chi instructor, posted a video of her screaming at him after he rubbed his penis up against her.

Valdivia ended up in jail, the video became an internet sensation and Briggs was hailed a model for women who want to reclaim the streets.

Hollaback! began in New York after a woman’s photo of her harasser ended up on the front page of a newspaper because the police did nothing when she reported it.

Now, a Hollaback! app enables a victim to snap their harasser on the spot, write about the experience and post the details to the website, with the location pinpointed on its online map.

London sound: The best live music and club gigs this week, including Smashing Pumpkins and Japandroids