Buzzfeed posted a text they received from a Datagram official on Tumblr: “Basement flooded, fuel pump off line – we got people working on it now. 5 feet of water now.”

Buzzfeed is serving pages intermittently as the site’s remote network which stores pages on servers around the world is apparently struggling to keep up with demand.

The Huffington Post’s UK site is also down, as it is hosted on the same servers as the US site.

Stephen Hull, executive editor of Huffington Post UK, said: “Firstly, our thoughts are with everyone in the US and other countries the region who have been hit by Sandy.

“In the UK we are now publishing directly to Facebook, Twitter and RebelMouse to bring Huffington Post and AOL readers the same quality of service we always do.

“Part of HuffPost’s approach is to link to other great pieces of journalism and we are doing exactly that, while creating our own content on social networks.

“We’d encourage everyone to start following us if they want a unique way to follow the news and keep the conversation about the impact of Sandy going.’

FEMA, the US agency charged with responding to natural disasters, had previously asked residents in the affected areas to communicate using text and social media in order to keep phone lines as clear as possible for emergency use.

The incident highlights some of the possible drawbacks of new media, but the majority of commentators are putting the outages down to extreme circumstances not poor planning.

Keen for users not to miss out on their daily dose of the Huffington Post, the site’s technology editor Michael Rundle, posted a self-penned drawing of the site’s homepage on Twitter. 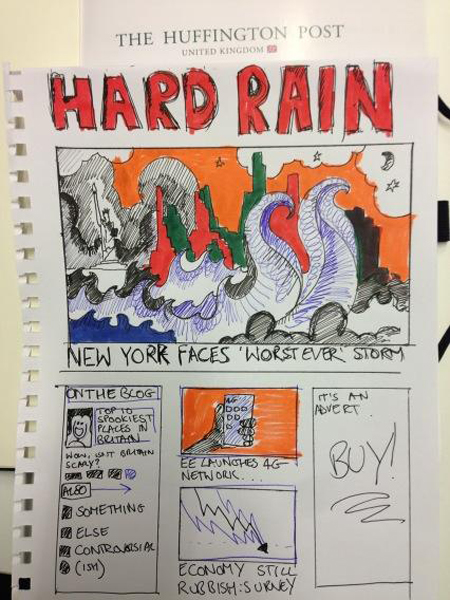 Update: Buzzfeed is back online. Huffington Post UK is posting at Rebel Mouse.

How does CBD oil help you sleep better?