Is Cook done? England captain considering future after worse Ashes tour in history gets even worse

The England side were flogged again on Sunday by seven wickets after Australia chased down their total with 10 overs remaining to take an unassailable 3-0 lead in the five-match one-day series.

After the embarrassing 5-0 loss in the Ashes, Cook insisted he was the man to lead his country. Now he’s not so convincing.

“It’s been two weeks since somebody has asked me that question and a lot has happened in two weeks. We’ve kept losing games of cricket and we haven’t been able to turn it around,” Cook said.

“I can’t answer that question now because I’m in the middle of the series and I don’t know how I’m going to feel when I get home.” 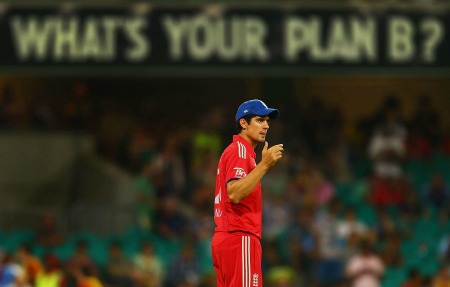 In Cook’s defence, his numbers as a batsman are near identical to Australia captain Michael Clarke’s and before this summer’s pounding Down Under, he was undefeated in Test series as a skipper.

How it’s turned around. England went close in the second game of the series, but James Faulkner’s phenomenal 69 not out and an epic last wicket partnership  was an enormous kick in the guts.

Even with return of Stuart Broad, the Twenty20 captain and probable incumbent if Cook steps down, it wasn’t enough to lose the ODI series with two games to play.

“I think I”m going to make a decision on that stuff after you take stock after the next two games,” Cook said.

“We’ll sit down and talk (about) a lot of things. I think there will probably be some changes. I think English cricket needs a little bit of a change as well. The last few months we haven’t played the cricket we are capable are doing. We have to look at the reasons why.”

The dead zone – we visit the scary sights of Vienna

A taste of adrenaline in South Tyrol