The former rugby league star and AFL player has signed a two-year deal with the Australian Rugby Union that would see him play for the Wallabies and Waratahs in the Super Rugby competition.

Folau rejected offers from the National Rugby League to lure him back to the game he first represented Australia in.

Folau, 24, said the enjoyment of his first season in rugby, in which he played against the Lions for Australia for a prevailing factor.

“It’s just at the end of the day, I really enjoy what I’m doing at the moment with rugby and what it presents,” Folau said.

“Also looking down the track as well, there’s a lot of exciting things coming up for rugby and I want to be a part of that.” 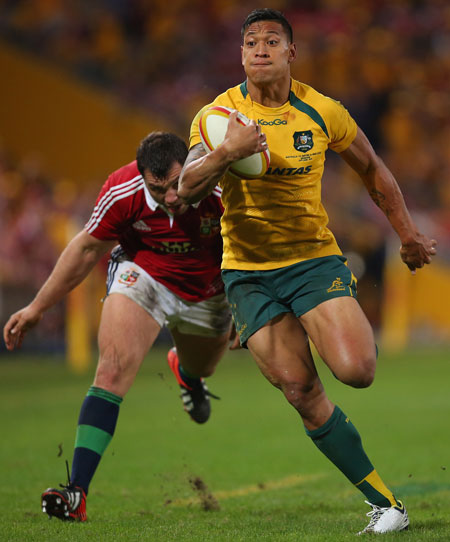 After being crowned Australia’s Super Rugby Rookie of the Year for his work at fullback, there are calls for him be moved to the more involved position for the Wallabies.

“If I get the opportunity to, I’d take it with both hands, that’s for sure,” Folau said.

The Chinese job: Six-year-old steals car to get takeout