Jackass star Bam Margera has revealed how superstars such as Brad Pitt offered sympathy following the death of his friend and co-star Ryan Dunn.

In a searingly honest and emotional interview with E! News, Margera said Pitt was among a host of celebrities who texted condolences after Dunn’s alleged drunk driving death.

"I think it's rad that, you know, people I talk to rarely, you know, can take the time to text me," Margera said.

"He was my best f–king friend in the world. It's been five days now and I can't stop crying man."

Pitt, 47, met extreme stuntmen Dunn and Margera when he played himself in a 2002 Jackass sketch. 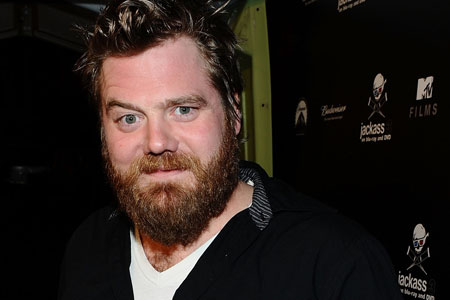 Dunn, was just 34 when he crashed his Porsche in rural Pennsylvania last Monday, instantly killing him and passenger Zachary Hartwell.

There are reports that Dunn was driving over 140 miles an hour and his blood-alcohol level was a staggering .196. However a toxicology report has not yet been officially released.

Margera, who was in Arizona when his brother gave him the heartbreaking news over the phone, added: "I just don't think it should've been him.

"It was pretty much the worst news I've ever heard in my life."

Margera revealed that, eerily, he and Dunn were involved in a non-fatal crash in the same area years ago.

He said: "He flipped me in a car eight times at the same exact spot in 1996. Thank God I had my seat belt on, because Chris Raab put one on me, but my brother didn't have one on. He flew 40 feet. Thank God he's alive. But like, Dunn was always a maniac at driving."

The last text Margera got from his buddy? "Stopping for a beer, be there when I can."

Dale Farm: judge warns travellers they can’t always get what they want