❚ Paris Hilton’s wheels made a rather large dent in her pink purse. The white, sporty Lexus LFA cost her an eye-watering £235,500. You could buy an entire house for that, love.

❚ Jake Gyllenhaal (left) has been spotted riding the New York Subway, proving he’s not afraid to take public transport. That would’ve set him back just £1.40 – save!

❚ Vincent Kartheiser, aka Mad Men’s Pete Campbell, doesn’t own a car. Even in LA, where public transport is notoriously dire. He takes two buses to the Mad Men set every day, costing a mere  79p each.

FREE CONTACT LENSES
For the long- and shortsighted, contacts are life savers. But they’re expensive. Acuvue are offering one free month’s supply of lenses, so if you fancy giving them a go, you won’t pay for vision for a whole 30 days. Visit
Web: acuvue.co.uk before April 22 to get yours.

LAST MINUTE GIG TICKETS
Don’t pay through the nose with a tout when shows are sold out – hit Seatwave’s new North Greenwich store at the
O2 Arena. Punters can save an average of £18.35
of a ticket’s face value for greats such as Noel Gallagher, Olly Murs and Snow Patrol. Open daily from 9am-9pm, or 5pm
if there’s no gig on.
Web: seatwave.com

CHEAP HEALTH AND BEAUTY PRODUCTS
For big brand beauty loot and all your health essentials, One Click Pharmacy is where it’s at. It works like Amazon, to bring you items that cost up to 90 per cent less
than on the high street.
Web: oneclickpharmacy.co.uk 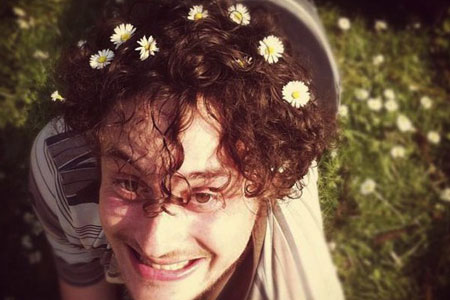 How do you budget?
Wage minus rent = disco allowance. I probably spend way too much on socialising, but if you can’t do it when you’re young(ish) and in London, then when can you?

Any money-saving tips?
Learn how to cook, get a clubcard, make friends with the butcher (hi Brian), don’t succumb to the taxi home at the end of a night out, make your coffee at work and stop going to Pret!

Last big blow-out?
Does £70 on fashion magazines in one month count as a blow-out? I also spent £13.50 on a G&T last night, which at the time felt like the most expensive thing I have ever bought.