Some parts of Leeds were brought to a standstill as the hearse containing Savile’s gold coffin drove through the city where he spent his life.

In the cathedral, Savile’s friends gathered to remember the veteran entertainer who died last month, a few days before his 85th birthday. 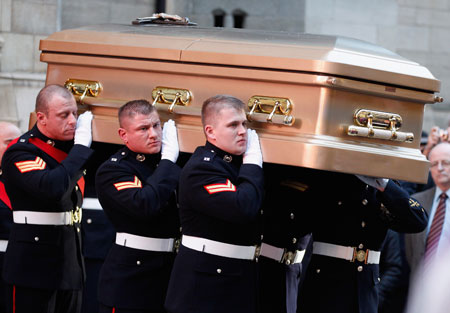 Fellow DJ, ex-Radio Luxembourg companion Tony Prince told the congregation that the year of Savile’s birth had been a closely guarded secret. “We finally found out Jim’s big secret. He was nearly 85. It’s the first time any of us ever knew his real age.”

Rt Rev Monsignor Kieran Heskin, who led the service, told mourners he hoped God would “fix it that Jimmy would be given the ultimate reward: A place in Heaven”.

He continued “Sir Jimmy can face eternal life with confidence. His story was an epic of giving. Giving of time, talent, treasure.”

Savile raised more than £40 million for charity during his lifetime. 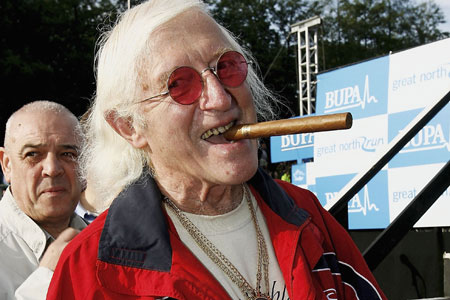 For those not invited into the cathedral, the funeral was shown on giant screens in Leeds, where another 2,000 gathered to watch.

Run the Hackney Half Marathon on June 22