Footballer  and England captain Terry, who is currently under fire for allegedly racially abusing  Anton Ferdinand, had not given his consent for the image to be used on Gold Flake cigarette packets.

His representatives are now taking legal action over the advert which was created by the Indian government’s Directorate of Visual Publicity.

The anti-smoking advert features a blurred head shot, apparently of Terry, superimposed with a pair of orange lungs. A message warns ‘Smoking Kills’. 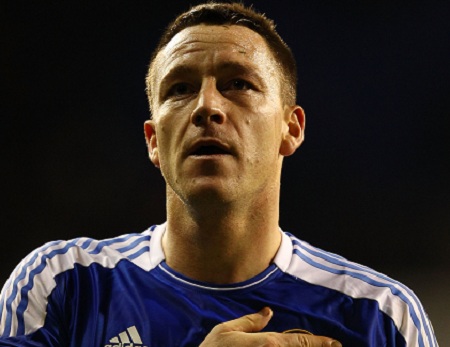 Keith Cousins, of Terry’s Elite Management, told India Express: “We have reviewed this matter with our client and have today instructed solicitors to take appropriate action.”

The Indian Express quoted KS Dhatwalia, additional secretary of the Directorate of Visual Publicity, as saying: “We sent the creative to the health ministry and they then cleared it and circulated it.

“But how Terry’s picture got to be used is not clear.”