Punk chick Staci Child, who is a New York stylist, said that Gillard would think the bikini pictures were a “very Australian thing to do.” 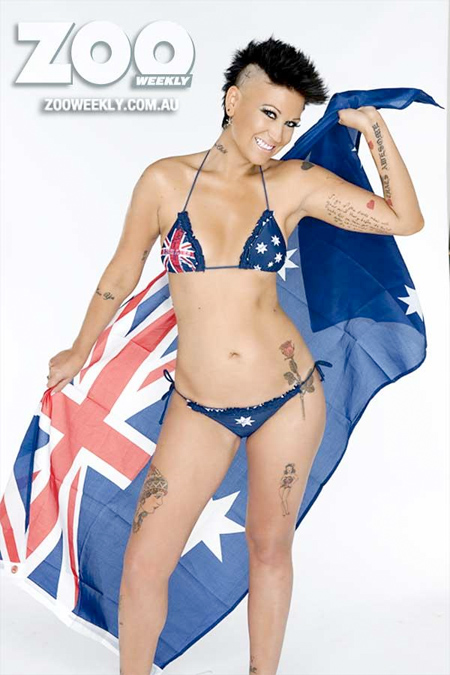 Staci Child is the daughter of PM Gillard’s partner, Tim Mathieson. She was raised by her mum in Shepparton, Victoria, but said she still speaks to her dad. However, she wasn’t sure what his job was.

“He was a hairdresser, but I think he does real estate now. Or he’s the men’s health ambassador for Australia,” she said.

“I’m not certain. Maybe he’s not doing much at all . . . I’m sure he won’t just be sitting at home drinking The Lodge dry.”

Gillard’s stepdaughter, who is reported to have worked with Lady Gaga, Donatella Versace and Dannii Minogue, said that she’d shown the pictures to her dad and that she was sure Australia’s Prime Minister would love them too.

“When I showed him the photos, he loved them,” said Child.

“I think Julia will think it’s a very Australian thing to do.

“I don’t know if she’d pose for Zoo, but if she did, she’d look very beautiful.”

Not everyone is Australia is overjoyed about the photo shoot however.

“Recognising generational change in opinions, there would be many in the community, including me, that see the use of the flag in this way as most inappropriate,” he said.

“It may be somewhat undignified and not what you would have done but then again you’ve got to allow young people a certain degree of liberty in these sort of things,” he said.

“Apart from questions of good taste or not, that’s not the issue. The issue is that she obviously likes the flag and that’s a good thing.”

Gillard herself has yet to comment on the Zoo shoot, but in February she told the Daily Telegraph that she disapproves of the endless parade of scantily clad women in the media. 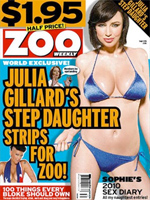 How to save money when renewing your car insurance

‘Lucky to be alive’: No lives lost in south-east Australian bushfires after lessons are learned from Black Sunday