Just arrived in London? Get the lowdown on where to live in west London with Bluffer’s Guide

But with London playing host to the world’s largest community of expatriate Aussies, there’s got to be a bit of neighbourly love somewhere. Right? Right.

While it may not be Woolloomooloo, the homesick Antipodean in need of a place to lay a cork slouch hat will find that the only way in London is west.

Here’s a guide to what you need to know, but probably not say, about the places Aussies like to colonise.

It’s central (even though it’s in west London) and it’s one of the few Aussie havens to be located by the river – which you will quickly learn never to swim in.

If the currents don’t kill you, the Thames barges will. Getting around is a doddle as there’s a huge bus station which means transport after the Tube closes at night.

Great pubs and bars by the river: the Old Ship and The Dove take some beating (Graham Greene and Ernest Hemingway drank in the latter).

If you’re looking for somewhere with serviceable toilets (not easy in the UK), the Lyric Theatre bar and café has a great terrace. You could almost be in Tanilba Bay.

Don’t say: “I say, old bean, where d’you recommend round here for a pint of your famously warm, flat, bitter ale?” 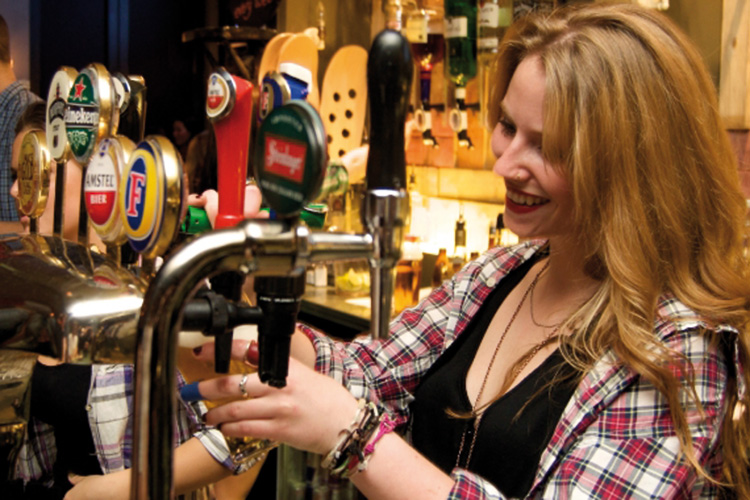 Actually more central than Hammersmith, and once the undisputed London Mecca for expatriate Aussies. Except that it’s not any more.

But it’s still as cheerfully seedy as ever, and some of the Victorian mansion flats are huge, accommodating up to 50 backpackers at a time very economically.

The Barmy Badger Backpackers is a bit of a tongue twister but is one of the better patronised. Indeed, some of the patrons never leave.

Don’t ask: “So how long have you been here mate?” 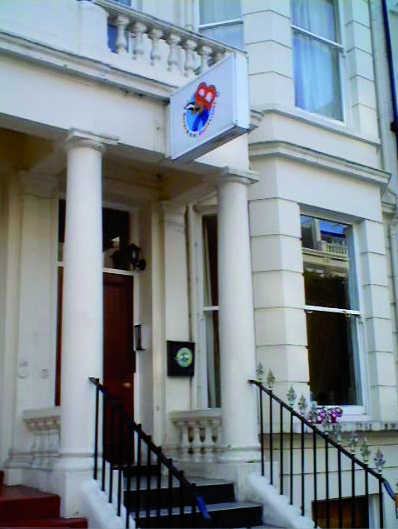 On the Central line, She Bu (shay-boo), as it’s more affectionately known, is where Antipodeans come to play these days.

It’s home to, in ascending order of Aussie street-cred, the Shepherd’s Bush Empire, The Defector’s Weld, Belushi’s and the Walkabout.

The last of these establishments, where you have to arrive before 4pm on a Sunday to ensure admission, will either prove to be the ultimate home-away-from-home or your room 101.

If you’re looking for a more wholesome dose of home, head to Jumbuck’s for a bloody good meat pie.

If you’re planning on sticking around for more than an evening, the Shepherd’s Bush branch of St Christopher’s Hostel scores more highly than its Hammersmith relative.

Maybe that is because it’s located above Belushi’s and they make a specific point of serving VB and Foster’s (which Aussies, obviously, drink all the time) at a 25 per cent discount. Good call.

Don’t ask: “Why is the floor of this Walkabout so sticky?” 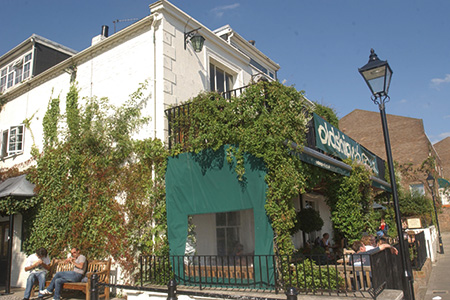 Clapham is an interesting patchwork of people. This might be because it spans two boroughs, Lambeth and Wandsworth, and the former has one of the most expensive council tax rates in London whilst the latter has one of the cheapest.

But in social terms the only split you need to remember is Yuppies vs Aussies. This isn’t to say there’s tension between the two distinct groups.

About the only thing this affects is where you go out – Infernos or The Church. It also means there can be some basic translation issues as well, such as thongs for flip flops, Sheila for woman and bogan for vagrant.

But what unites the whole of Clapham in linguistic harmony is the abbreviation of words.

The easiest way to translate a rah/yuppie/dinky is to note how you would naturally shorten a word, and then knock the vowel sound off the end. So Sainsbury’s becomes Sainos becomes Sains.

Don’t say: “Pick me up a stubbie from the offie if the big Sainos is closed.” 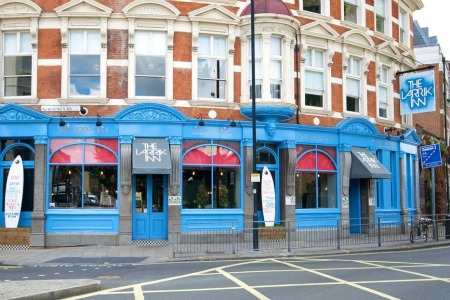 Similar in feel to Clapham, but cheaper council tax than Lambeth. The downside is transport links, especially after a night out.

But if you’ve got no brekkie plans and don’t mind hanging out at bus stops, Fulham has a few good nights out up its sleeve.

For the musically minded (aren’t all Australians descendants of Kylie Minogue?), there’s The Larrik Inn, which hosts live music and karaoke nights.

But with this part of London accommodating both Fulham and Chelsea’s football grounds, don’t expect to rule the pub on match days.

Don’t say: “I’ve never got to grips with any football that isn’t Aussie Rules.” 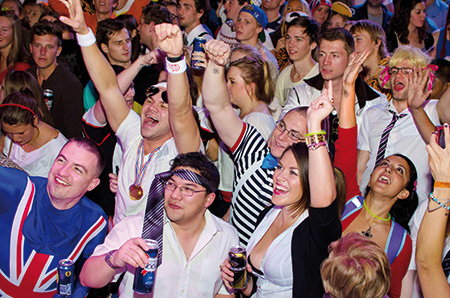 You can’t claim to have had the true Aussie in London experience without attending this debauched Sunday service.

A homing beacon for Sunday sport-loving Antipodeans keen to indulge in a turbo-charged version of home.

This self-styled “sport and party pub” serves up VB, karaoke and live music to guarantee a stonking good time. 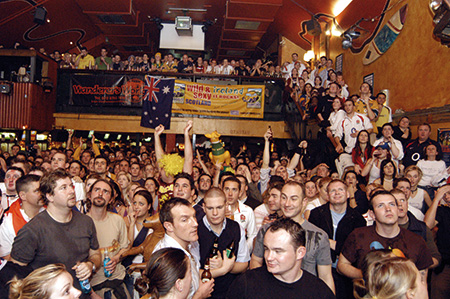 Set on the River Thames, this is the place to go and soak up the annual five minutes of sun.

Overlooking She Bu Green and offering up karaoke and 2-4-1 cocktails, this is an enduring Aussie fave.

To become an instant expert on just about everything, visit  bluffers.com – wit and expertise at your fingertips

Discover your royal baby name with our highly scientific formula