Kangaroos romp in six tries against Fiji, but lose utility Lewis for the rest of the World Cup

Lewis suffered a dislocated shoulder after crashing into sign just metres from the deadball line while attempting to get on the end of a Robbie Farah kick at Langtree Park and will be sent home.

It was the only down side though of a solid day at the office for the Cup favourites, as Daly Cherry-Evans stepped in at halfback and Greg Inglis went to fullback as Cooper Cronk and Billy Slater were rested.

It was yet another top atmosphere for a World Cup clash, as 14,137 fans – mostly for Fiji – put up with cold and rain throughout. 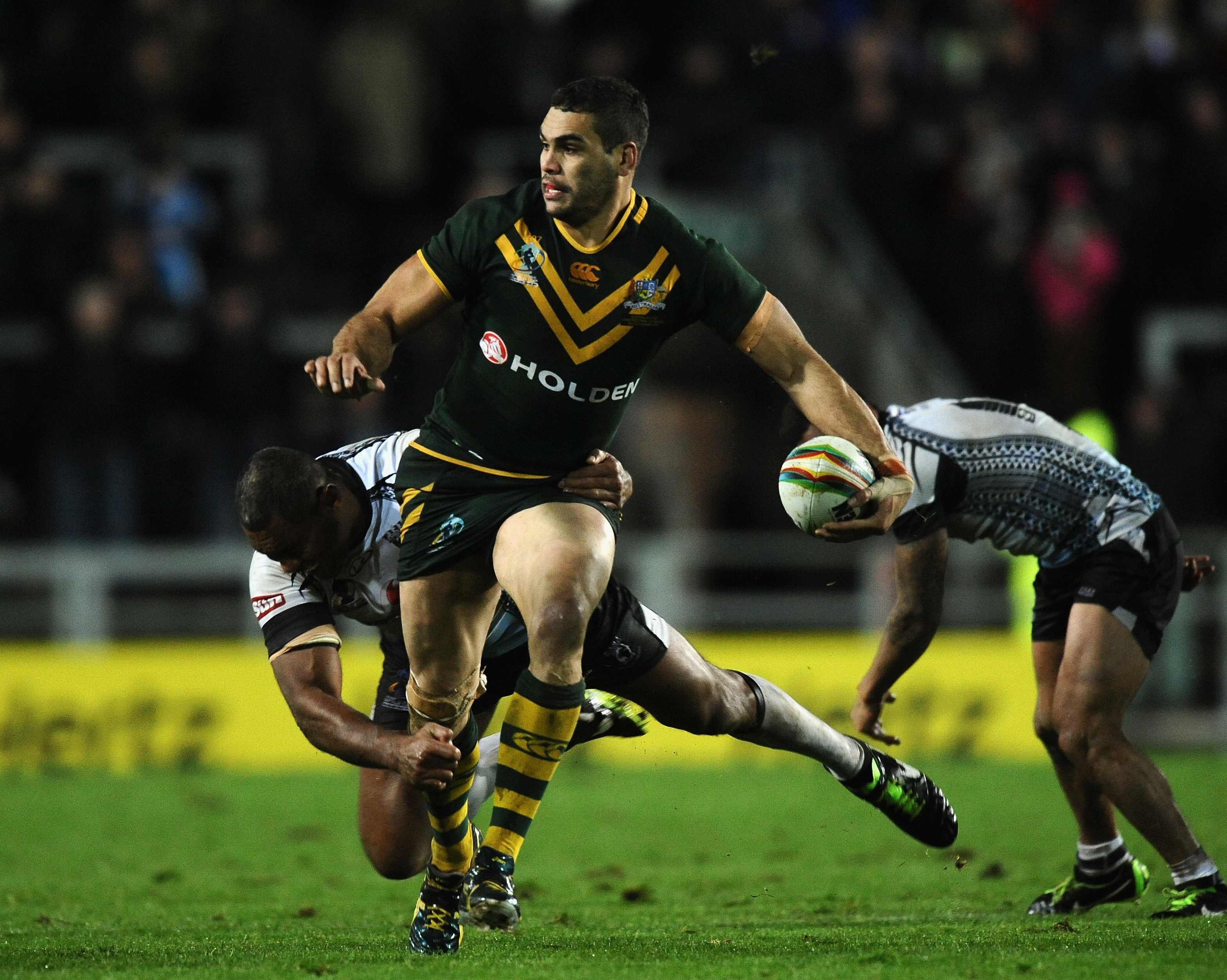 Cherry-Evans set up two tries and scored one himself in an impressive performance from Australia against a more than decent Fiji line-up.

Australia next take on Ireland, who were flogged 42-0 by England today, in their final pool game.