The 74,468 fans may not have been treated to the thriller the Kiwis gave them the week before in overcoming England in the final moments of their semi-final, but they got a masterclass from Tim Sheens’ side in the 34-2.

After their tough opener against England, Australia went through every game to follow without conceding a try and finished it off with a five try to zip domination.

Billy Slater went over twice, having been an injury doubt going in, while Brett Morris also claimed two, but it was the overall performance that impressed most.

With panels clearly favouring playmakers, Johnathan Thurston won his fourth man of the match of the tournament after the forwards dominated a pack including superstars in their own right, including Sonny Bill Williams. 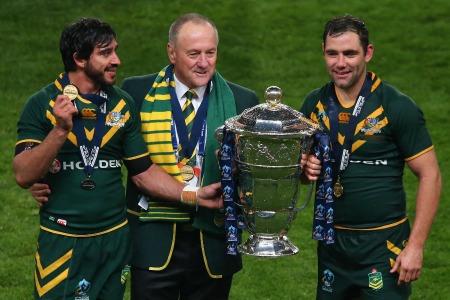 “It’s a dream come true,” Thurston said of beating the side which gave them a shock in Brisbane in 2008. The Kangaroos were also out to put to rest the world’s best tag after their loss to NZ in 2010.

“It’s been a long six weeks but to win a World Cup with your best mates, it doesn’t get any better.

“We’ve been building towards this. Our main focus was to be here in the last weekend of the World Cup and to improve each week and we’ve done that.”

Cameron Smith was his reliable self throughout the tournament, leading from the front. 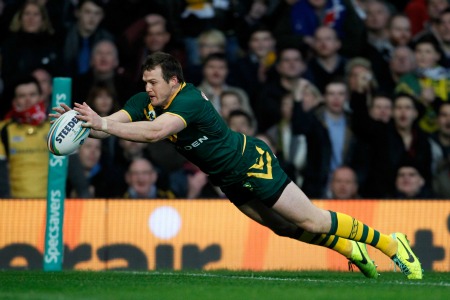 He said before raising the World Cup: “What a fantastic campaign we’ve had.

“We started off a bit shaky in the first game in Cardiff (against England) but we’ve certainly turned things around.”

The Kangaroos almost played identical halves, going into the break 16-2 conceding just a penalty – though it took 14 minutes to find the first try through a leaping Slater – and doing it all again in the second.

The Kiwis suffered with the loss of outstanding winger Roger Tuivasa-Sheck in the first 10 minutes, but were never allowed into the contest.

“I just think Australia’s performance today was nothing short of outstanding,” Kiwis coach Stephen Kearney said. “They gave us a real lesson.” 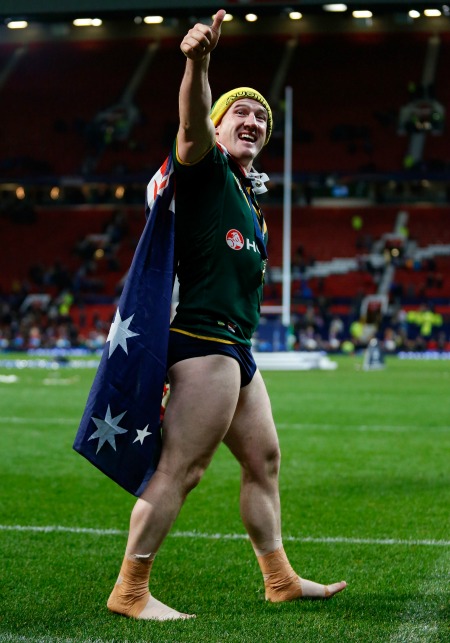