So far, the London 2012 Olympics have not been rosy for Tom or for the Team GB diving team in general.

Britain has only won three water-sport medals this Games, far fewer that the host country had been hoping for.

On a personal level, Tom Daley is one of the highest profile athletes of the London 2012 Olympics and a gold medal win will propel the media-friendly diver to new, and not unwelcome, heights.

The Olympics have not begun gloriously for the Plymouth teenager. Daley and diving partner Pete Waterfield took only the fourth spot in the synchronised 10m platform final. The 18-year-old then faced a barrage of vile abuse from a Twitter user who has since been arrested.

However Daley’s coach has repeatedly pointed out that the diving star is used to dealing with tough times and that they only serve to make him stronger.

Now Daley has promised that he and Waterfield will be on form in tonight and tomorrow’s 10m diving preliminaries. 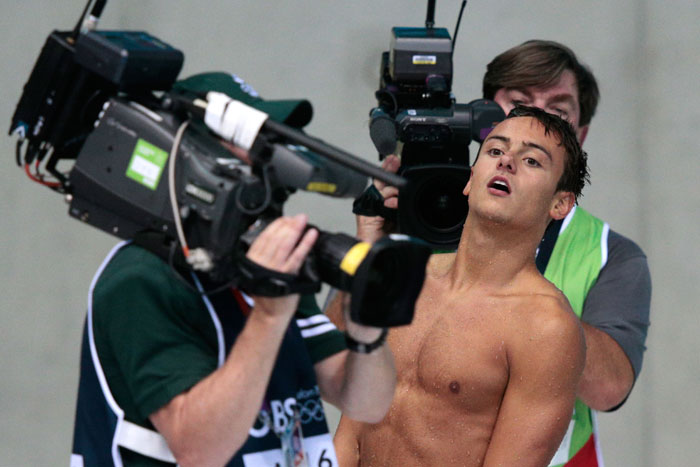 Support for Daley will be particularly strong in Plymouth, where the diver hails from. Big screens have been erected in the city centre and hundreds are expected to turn up and cheer on the local boy.

Jon Rudd, director of swimming at Plymouth College, said: “Knowing Tom and his coaching team, and the preparation they have put in, there is no-one better to win a gold.”

However, Daley will be up against tough competition, particularly from the Chinese diving team.

Daley, Waterfield and 30 other divers enter the preliminary rounds tonight (1900 BST start). The top 18 go through to Saturday’s semi-finals and of those, 12 will make it to the finals later that day.

“Competing in the individual prelims tonight at 7pm 🙂 aaaaaaahhhh!” was Daley’s ambiguous Twitter post this morning. It can be safely assumed that he is either nervous, excited or, most likely both.

In an interesting piece of Daley gossip, the diving star is planning to do a spot of TV presenting when the Olympics are over. He’s never been shy of the camera and TV bosses have been clamouring to get the Daley on their books. It is now been reported that he has signed a contract and will begin a TV career after London 2012.

Places to see Autumn leaves: five of the best

Get wet in South-East Asia