Keeping up with Konta 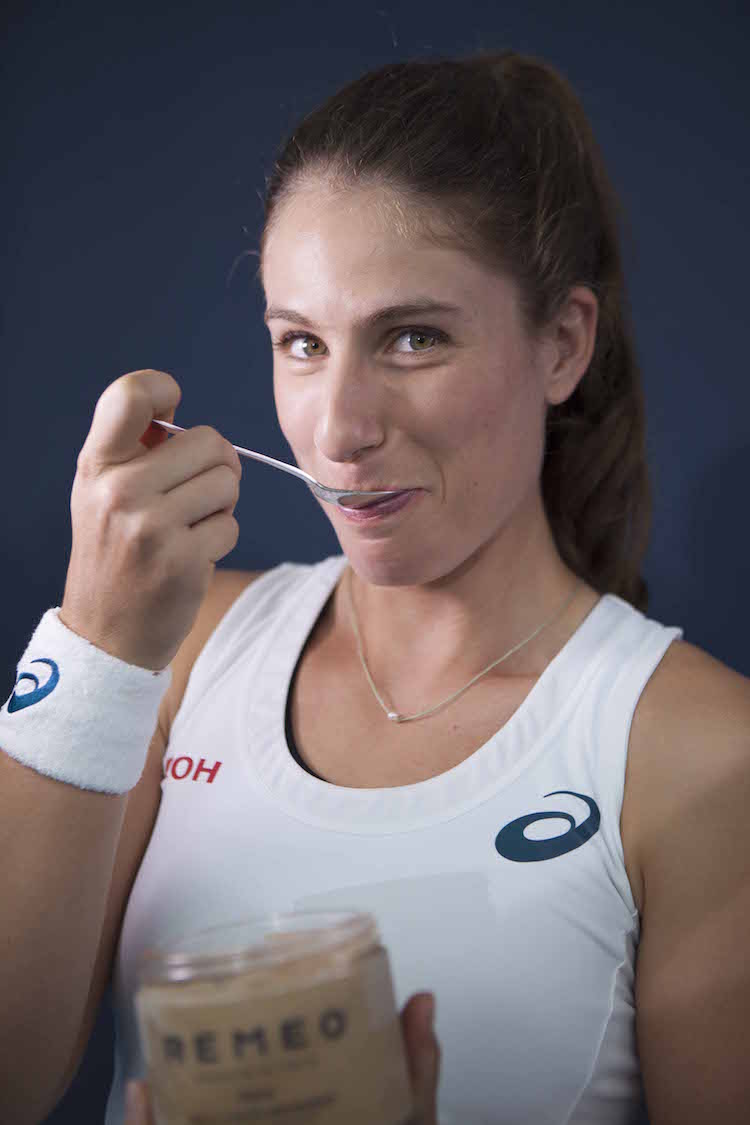 Thanks to your meteoric rise up the rankings, you are now stop in the street famous. Did you feel extra pressure at Wimbledon as a result?
I’m not sure about that, haha! But gladly I can say that, despite extra media attention, I was able to concentrate on my tennis and perform to a good level.

Tennis is a solitary game. Did you every come close to quitting?
It is sometimes lonely on tour but at those times I’m grateful for having a good team around me. Tennis is an individual sport of course, but this is also is what makes it so great – it’s not just about the physical skill you have on court but also about how strong you are mentally.

How did you find the transition from clay (the French Open is played on Roland-Garros’ red clay courts) to grass?
Very manageable. I enjoyed playing the grass court tournaments in the UK before Wimbledon which helped me prepare well.

What is your favourite surface and why?
I don’t think I have one…I like to think I can play well on all of them!

Did you always want to be a tennis player?
I was always very active and competitive and seemed to gravitate most towards tennis as a kid. I was always dragging my Dad out of bed for 6am runs when I was younger.

You seem to keep a tight control on your emotions on the court unlike say, Andy Murray or Australian bad boy, Nick Kyrgios. How do you manage to remain so calm?
Every player plays differently, much like every player brings their own style and approach to the court. I like to keep my thinking as positive and as clear as possible.

Who is your idol both on and off the court?
I always really looked up to Steffi Graf, and I think Jennifer Lawrence is amazing.

What has been your biggest career achievement to date?
Hmmm that’s a tough one. Some people would say this year’s Australian Open [Konta’s run took her to the semi finals where she lost to eventual winner Angelique Kerber], but I like to think of my tennis career as a journey…of which I’m very proud as a whole. It’s not over yet!

Have you set yourself any targets for the rest of the year?
With such a packed schedule, my main target is to stay healthy….I’d also like to buy a house at some point!

You grew up in Australia [the Sydney-born tennis ace competed under the Australian flag at grand slam tournaments as a junior].  What do you miss most about Oz and why?
Australians are a friendly bunch….us Brits tend to keep to ourselves more often. I try to bring my energy and friendliness with me wherever I go though.

You’ve said before that your guilty pleasure is gelato, and you’re now the ambassador for Remeo Gelato. What’s your favourite flavour for the summer?
I absolutely love Gelato. I love that it’s made with milk instead of cream…you can really tell the difference. Remeo just brought out a great new Mango flavour for summer, but I’ll always be a big fan of their Espresso Gelato too.

Thanks Johanna – and good luck for the rest of the grass court season!

Ruin your mum on Mother’s Day