Ticket to ride: cycle Copenhagen like a local when you travel to Denmark’s capital

Copenhagen is now as synonymous with cycling as Paris is with café culture and Berlin is with nightlife; bikes are an inherent part of its identity, along with design, beer and fashion.

Some 36 per cent of Copenhageners make their daily commute by bike, and there are 250 miles of cycle lanes within the city – pretty amazing for a compact place with a population of about 600,000.

That this chimes so well with contemporary ideals, such as ‘going green’ and urban community, has seen urban planners in cities including Vancouver, Melbourne and New York seeking to emulate the city’s integrated bike lanes (there’s even a verb for it: ‘Copenhagenise’).

As a keen cyclist, I was excited by the prospect of using the city’s famous blue bike lanes when I first visited Copenhagen several years ago, but was still unprepared for how all-pervasive the cycling culture here is. 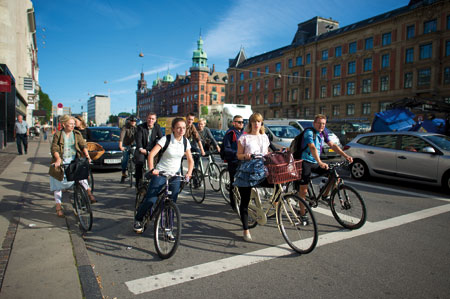 The sheer number of bikes strewn around the place – many barely locked up – is a continual source of amazement; most residential streets have dozens stacked up outside each apartment block.

On a weekend trip back to Copenhagen to check out the city’s new ‘Bicycle Superhighways’ – new city-to-suburb bike routes, the first of which were completed in June – I’m reminded how well sightseeing and the bike combine in Copenhagen.

This small city can be crossed, safely, in the space of an hour on two wheels, and yet the bike allows you to see the place at a leisurely pace, and with the ability to stop and start with ease.

Upon arrival, I head over to the Baisikeli bike-rental shop, in central Copenhagen, to hire my own green machine.

The affable owner always gives strict instructions about local cycling etiquette: stay on the right-hand side of the bike lanes – which are separated from motorised traffic – to allow people to overtake; raise an arm in a sort of semi-salute if you’re about to stop; and go with the pedestrians at traffic lights if turning left.

Water plays a big part in the Copenhagen experience, and cycling on the lakeside paths – shared with a multitude of joggers, and lined with beautiful terraced houses – is one of the great joys of this city. 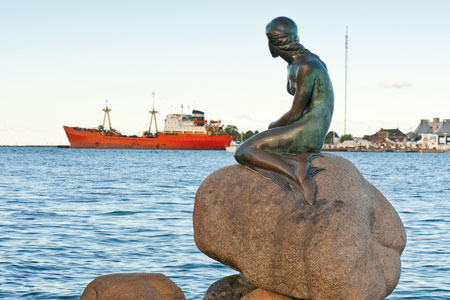 The lakes stretch from the trendy area of Vesterbro, in the south, to the more genteel neighbourhood of Østerbro in the north, passing beside Nørrebro, on the western side, on the way.

I stop off in the latter for a spot of late-morning boutique browsing; as well as being the most multicultural neighbourhood in this fairly homogenous society, it’s also the artiest district, and home to some of the hippest shops and bars.

The bridge that links Nørrebro to the city centre, Dronning Louises Bro, is the site of the busiest bike lane in the city. Some 35,000 cyclists cross it every day, and the bicycle rush hour here is an exhilarating experience.

Heading eastwards, I reach tourist-saturated Nyhavn – a canalside street of colourful 17th-century buildings – that was once home to Hans Christian Andersen.

This waterfront area has been getting a lot of attention over the past few years, being the site of some exciting architectural projects, including the Henning Larsen-designed Opera House, the shiny new Royal Danish Playhouse, and, further down, the granite parallelogram that is the Black Diamond. 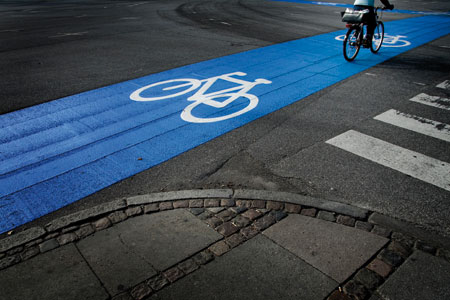 On the waterfront are the harbour baths of Islands Brygge – a popular spot for a summer dip. The chilly water isn’t beckoning me in today, though – Copenhagen’s summers are barely any better than London’s.

While I haven’t covered half of the city’s attractions, my humble bike has allowed me to do a near loop of a good part of the centre in a matter of hours, showing that there really is more to Copenhagen than the Little Mermaid and the royal palaces (though the latter are still worthy of a visit if you have more time).

I finish the day back in Vesterbro, for some beers and Nordic grub in Kødbyen, the former meatpacking district that’s now the buzziest nightlife zone. I’m not alone in heading to the bars by bike.

Cycling is such a normal part of life here that people travel around on two wheels at all times of day and night.

It’s this community-friendly challenge to the dominance of the motor car that sees me planning my next trip back to Copenhagen every time I visit. 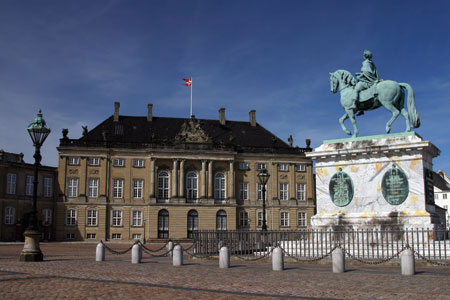 Direct flights from London Gatwick to Copenhagen start from about £91 return with easyJet.