Kitesurfing in Camber Sands: Who needs speedboats when you can glide by kite?

“When your kite’s in the air, the strings get very taut, and can slice through your fingers if you tug on them. And if it gets round your neck…” He trails off ominously.

In my imagination, the beautiful, wind-swept beach of Camber Sands in East Sussex is instantly transformed into a blood-soaked Game Of Thrones-esque scene, with the severed heads of would-be kitesurfers bouncing crazily down to the sea. And I haven’t even unpacked my training kite yet.

I’m here with a group of beginners to learn the basics of kitesurfing. This is, as Clive has made abundantly clear, an extreme sport. It depends on harnessing the power of the wind to swoop you over the surface of the sea – like wakeboarding, but using nothing more than a humble flap of fabric instead of a speedboat.

Today is one of the first bright, sunny days of the year, the coastal air smells spring-fresh and to get to the beach I’ve driven past Rye’s green fields, full of gambolling new-born lambs – it’s bucolic bliss.

Here on the beach, even the rough tufts of marram grass growing out of the sand, and the murky, grey-brown waves of the English Channel look inviting with the sun sparkling on them. 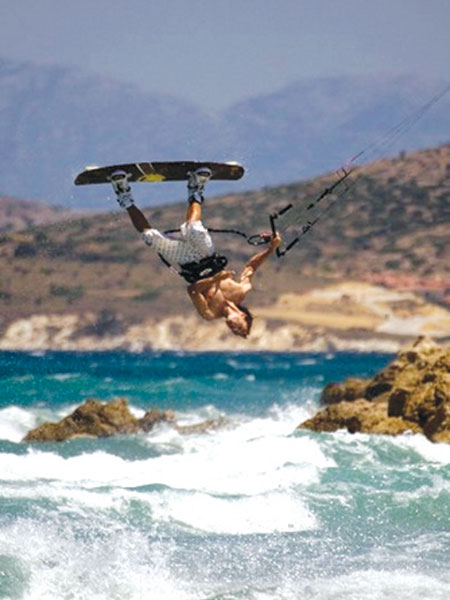 Clive tells us the coast juts out to the southeast, so whatever direction the wind blows in from, there’s a beach nearby where you’ll be able to catch it – hence why it’s such a hotspot for kitesurfers.

Within a few minutes my kite and this famous breeze are wrestling furiously with each other above my head and, to be honest, my poor kite is taking a bit of a pasting.

One minute it’s floating calmly over my head, or dancing in a swooshy figure of eight, the next minute the strings are painfully twisted and it’s crumpled in a heap on the sand. This is tricky. But Clive stands by shouting advice, and soon I pick up the knack of gently steering the bar to keep the kite where I want it. Stage one, nailed.

After lunch, our group drives over to the Greatstone Beach for stage two, which involves actually getting in the sea. Gulp. The temperature has dropped significantly and the waves look absolutely freezing. 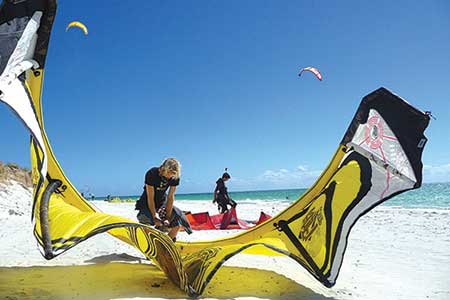 So I pour myself into not just one but two spring wetsuits, one on top of the other and layer up a buoyancy aid, windbreaker jacket and helmet on top. I might look daft, waddling over the pebbles like a plumped-up penguin, but I don’t care – this get-up makes me feel like a superhero, and I’m itching to get in the sea.

First though, we have to set up the power kites, which are serious pieces of equipment. Over three times the size of the trainer kites we’d practiced on earlier, setting one up involves pumping air into the inflatable tubes that run across it, and knotting endless strings to various corners.

Finally done, we charge into the waves, doing our best to avoid the experienced freestylers who are making the most of the bright, windy conditions. I watch enviously as one guy leaps into the air, and glides, airbourne for several seconds, before landing gracefully back on the surface of the water.

Our group concedes we’re not quite ready for that yet, so we’re going to give body-dragging a whirl instead – same sport, sans board and, thankfully, with far less skill required. 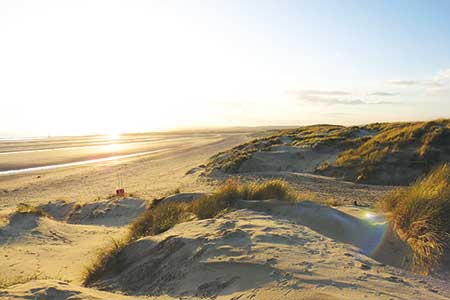 After numerous false starts (it’s staggering how strong the pull is on these bigger kites in just a slight gust) I finally get mine up in the air and under some semblance of control. I slowly sink to my knees underwater, and keeping the kite in the sweet spot where it’s catching the most wind, I let it pull me forward onto my front.

Next thing I know, I’m coasting through the waves with no effort at all. Forget that ambulance, I feel like if the wind picked up just a notch, all I’d need is this kite to carry me right off the beach. Maybe next time.

A kitesurfing break is £164.50pp with one night stay at The Gallivant, Rye, including breakfast, dinner and one-day kitesurfing course.

Getting there Take the train from St Pancras International to Rye, changing at Ashford, with Southeastern Railways andSouthern Railways from £11 return. 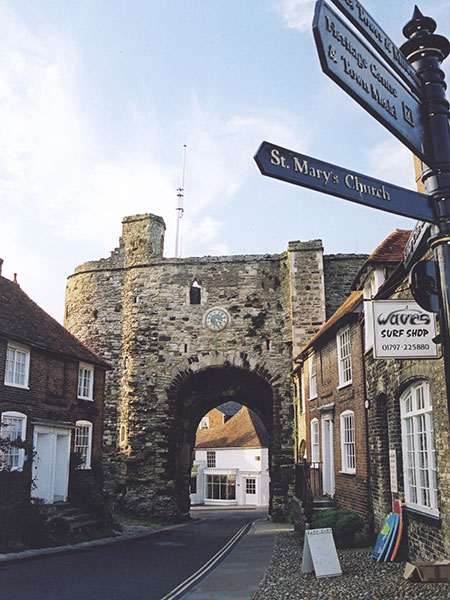 Nothing can top the fish pie at the Gallivant Hotel’s Beach Bistro – it’s stuffed with salmon and mushy peas, among other goodies. The other hearty grub’s great here, too. Mains from £10.50.

Opposite Camber Sands’ dunes, Green Owl offers a decent menu of homemade pies and lasagne, or for something lighter, you can pick up a sandwich. From £4.95.

Sit out on the sunny terrace with a pint of Sussex real ale at the 15th-century Ye Old Bell Inn in Rye. Pints approx £3.

Grab a cheeky lunchtime beer or wine at the casual, beachy Rye Bay Cafe after you’ve walked the dunes or kitesurfed the waves. Drinks from £3.

Coastal cool is the name of the game at The Gallivant. Rooms have lovely beach-themed touches (furnishings looks like they’ve been washed to shore), the service is warm and atmosphere is relaxed. Rooms from £125pn.

Class of the Week: Ballet Sculpt