For 30 years, Kony, the ruthless leader of Uganda’s Lord’s Resistance Army, and his band of killers have kidnapped more than 30,000 children, forcing young boys to murder their parents and become soldiers and girls to work as sex slaves.

On Wednesday, a video, Kony 2012, made by American filmmaker Jason Russell and produced by the humanitarian group Invisible Children, began being shared via Facebook and Twitter.

It has been viewed more than 7 million times in the past three days.

After eight years relentless lobbing by Invisible Children, the US government last October sent 100 US soldiers to Uganda to help train the African country’s military to capture Kony. However, the leader got wind of the plans and and has headed further into dense jungle.

Invisible Children fears that without constant pressure, the Obama administration will pull funding for the hunt for Kony and he will again be able to continue his murderous rampage unhinded.

As such, Russell and Invisible Children are calling on everyone from everyone from celebrities such as George Clooney and Jay- Z to policymakers such as Condaleza rice and George W. Bush to ordinary people to help.

The aim is to cause such a buzz and create such a loud noise that Kony will be found and brought to justice.

On April 20, the group plans to launch a mission entitled ‘Cover the Night’ where people in cities across the globe will plaster their urban spaces with hundreds of thousands of posters overnight, calling again for justice.

The idea is that when others wake up and go about their day, they won’t be able to move without running into a Kony 2012 poster or sticker.

However, they feel most of the power is in with social media and how millions of internet users across the globe can easily share information about the Kony 2012 campaign and achieve a tipping point of social awareness.

The campaign is not without its critics though.

As awareness of stop Kony grows, however, so too do the numbers of Invisible Children’s critics.

Blog posts are springing up, offering different points of view and questioning the background of the charity.

One such critic, Grant Oyston, a sociology and political science student at Acadia University in Canada, wrote a blog post alleging that the bulk of Invisible Children’s spending “isn’t on supporting African militias, but on awareness and filmmaking.”

He has since written he has been inundated with hundreds of angry emails.

And in November, a Foreign Affairs Magazine article pointedly challenged the tactics used by Invisible Children

“Such organizations have manipulated facts for strategic purposes, exaggerating the scale of LRA abductions and murders and emphasizing the LRA’s use of innocent children as soldiers, and portraying Kony — a brutal man, to be sure — as uniquely awful, a Kurtz-like embodiment of evil,” the magazine wrote.

Invisible Children denied the accusation and said it used the same numbers as the UN does.

Too busy to book? Revolutionise the way you approach beauty today 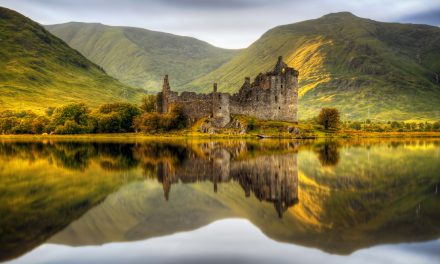 The artwork of Jack Frost!