The magazine has photos of Stewart and Sanders in what the Mail Online is calling a ‘romantic clinch’.

Kristen worked with Sanders, who is married to British fashion model Liberty Ross, on Stewart’s film Snow White and the Huntsman.

‘An insider’ however refuted the suggestion that the ‘clinch’ was evidence of an affair.

“Kristen is absolutely devastated. It was a mistake and a complete lapse in judgement. She wasn’t having an affair with Rupert. 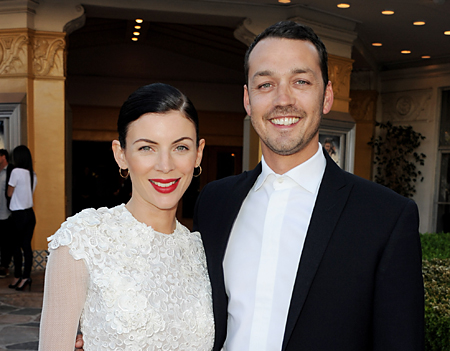 Sanders, 41, with his wife, the model Liberty Ross

“It was just a fleeting moment that shouldn’t have happened. She never meant to hurt anyone. She’s a good person who just made a bad choice,” said the ‘insider’.

Pattinson and Stewart had showed no signs of strain, recently appearing together at both the Teen Choice Awards and Comic Con. 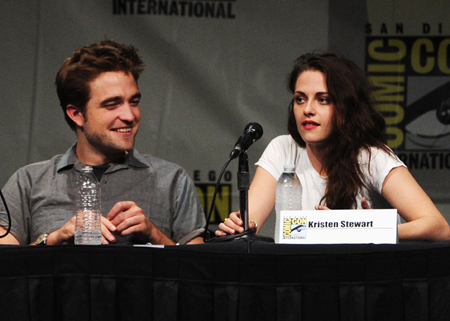 Pattinson and Stewart at Comic Con earlier this month

And while R-Patz had seemed content in recent interviews, hinting that he was ready to settle down, Stewart gave a vaguely nihilistic interview to Elle in June where she said: “You can learn so much from bad things. I feel boring. I feel like, why is everything so easy for me? I can’t wait for something crazy to fucking happen to me. Just life.

“I want someone to fuck me over! Do you know what I mean?”

No, Kristen, can’t say that we do.

Life getting too busy, Londoners? There’s an app for that…