Lady Gaga: Yuyi the wheelchair mermaid has eggs thrown at her

Lady Gaga was egged after appearing on stage in Sydney in a wheelchair, dressed as her alter ego Yuyi the Mermaid.

It’s not the first time Gaga has performed in a wheelchair, and her latest stunt, in Sydney Town Hall, has angered disability groups worldwide.

Gaga sang You And I while sitting in the chair dressed as alter ego Yuyi the Mermaid, wheeling herself onto stage with a black tail flapping in front of her.

The singer was left in no doubt about fans’ displeasure later in the night when, after performing at Sydney gay club Arq, she was pelted with eggs.

Although Gaga dodged the flying eggs as she headed for her car, unlucky fans were hit.

Disability groups have been quick to hit back at Gaga’s wheelchair performance. 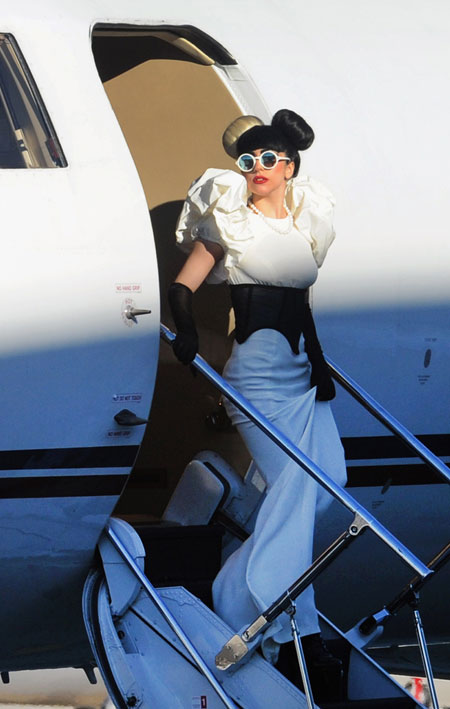 Jesse Billauer, Founder of America's Life Rolls On Foundation, said Gaga should remember that wheelchairs aren’t a choice for millions who use them.

He said: "Since this isn't the first time she has used a wheelchair in her performances, I invite her to learn more about the 5.6million Americans who live with paralysis.

“They, like me, unfortunately, don't use a wheelchair for shock value.”

Billauer went on to invite Gaga to visit his group at a wheelchair event.

"I extend a personal invitation to Lady GaGa to attend one of our Life Rolls On events where quadriplegics and paraplegics surf, skate, and snowboard, so she can see how much is possible beyond a wheelchair,” he said.

"Maybe that will be most shocking to her of all."

Gaga appeared in a wheelchair and neck-brace for her Paparazzi video. She claimed afterwards that wheelchair users had thanked her for the portrayal.

"I had girls in wheelchairs crying to me at meet-and-greets, telling me that when they saw that video it changed their lives," Gaga said.

Sydney Town Hall was the first concert at which Gaga appeared as Yuyi the Mermaid, but she has been hinting that a mermaid persona would be unveiled.

During an interview on Taiwanese talk show Channel V Gaga said: “Yuyi is in incubation, for anyone who knows what that means.”

Fans are now up in arms over whether Lady Gaga or Katy Perry owns the mermaid tail after Perry posted a picture of herself “planking” in a mermaid tail. 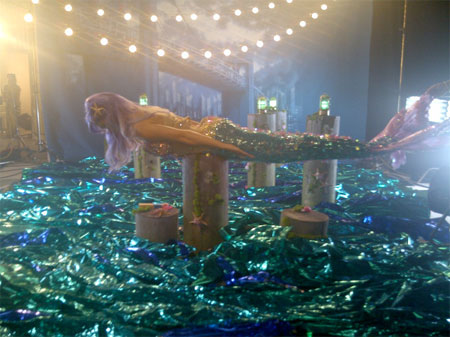 Katy Perry tweeted this picture of herself planking as a mermaid.