The Califorinia couple’s relationship had broken down, with Lambesis’ wife Meggan filing for divorce, seeking a ‘dissolution of marriage’, according to Reuters.

“The information came to us late last week. We acted quickly on it. I believe that we averted a great tragedy,” said a San Diego police spokesperson.

Lambesis, 32, allegedly approached an ex-policeman and hired him to kill his wife. Other reports have named the ‘hitman’ as an undercover detective.

The band, who have released 6 albums since getting together in 2000, have recently been on tour in Asia.

Below: A press release from San Diego police. 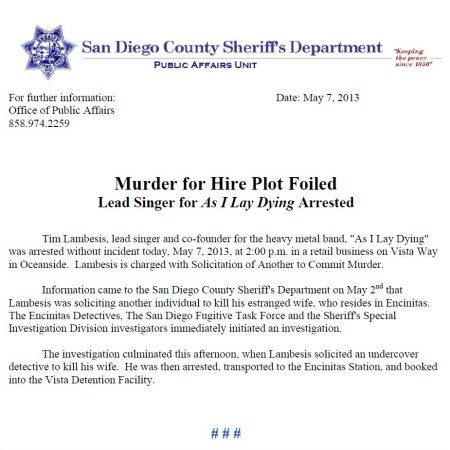