If I could get up, I’d be able to see the 10 other people in varying stages of exhaustion, but instead, as the lactic acid fills my muscles, I can only listen to their gasping and groaning.

When that sound subsides, and my heartrate returns to normal, instead of self pity, I’m overcome with an immense feeling of achievement.

A Crossfit workout known as ‘Fight Gone Bad’ put me in this state. Designed to replicate the output needed in a mixed martial arts round, it consists of one minute of as many reps as I can manage of each of the following: hurling a 9kg medicine ball at target up a wall; a 35kg sumo deadlift high pull; a 35kg push-press; a jump on to a 20-inch box; and a row sprint. Three times. 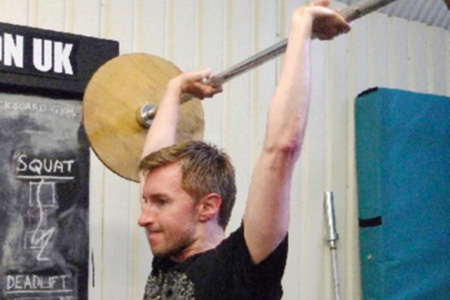 And as I, and hundreds of other Londoners, have discovered, it works.

At Crossfit, rather than chasing fads, participants use tried-and-trusted exercises that engage the core – squats, deadlifts, pulls and presses. Skills sessions are followed by a 15-to-20-minute brutal workout (different each day) that will push Crossfitters both mentally and physically. No Zumba, no bullshit; just correct movements, conducted with weights, performed at top speed.

Thanks to the patient guidance of Stemler and his personal trainers, in six months, I manage to lift more than I ever could before – largely due to the expert coaching in relation to form I’m given – can run faster and for longer, jump higher, have a stronger core and an all-round feeling of strength and wellbeing.

Whichever day I turn up on, I’ve no idea what punishment I’m going to be subjected to. It keeps me guessing and keeps me interested. That, says Stemer, is part of Crossfit’s success. “The modern plague, both in sport and in working life seems
to be doing things repetitively. But there seems to be massive improvements made by varying what you do in a way that’s out
of your control,” he says.

“If you choose your workouts, you get to pick what you like. With someone else, you get to train the area you don’t want to, but it’ll the one thing that will do you the most good.” 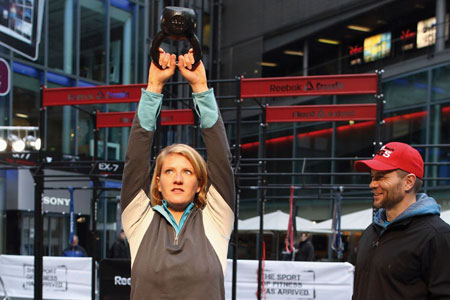 Crossfit attracts a mainly white-collar crowd, some athletes, but plenty of ‘normal’ citizens simply seeking an improvement in their health and strength.

“The average everyday person is sitting in the gym saying ‘god, this is boring. How do I make it interesting?” Stemler says. ”Crossfit offers out of the machines, out of the routine some disinterested person has written for you, and the chance to test yourself in some genuine ways.” He advises researching Crossfit  first and stresses not getting bullied into it.

“If you’re not motivated, you’ll probably do very badly with us,” he says. “If you’ve worked out you need to lose weight, or need more strength and power, if you’ve got to that mental stage, then you’re ready.”

Today, the memories of my time at Crossfit are present whenever I’m in the gym: that awareness of form I had drilled into me and the understanding that whenever I think I can’t do any more, there’s no doubt I can.

“It’s about work capacity: you’re knackered, but how many more times can you raise that bar while still maintaining quality form and movement?” Stemler says. “You soon develop some very useful benchmarks to judge yourself and others by, in terms of fitness.” 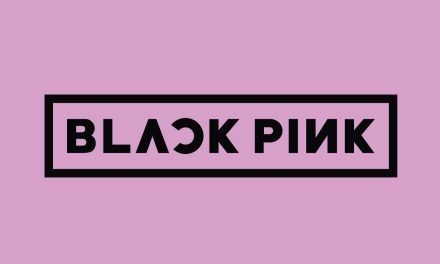