Lifestyle – They see me low rolling

I didn’t learn a lot at university. The four years I spent there have all kind of melded together in a funky haze of cheap scotch and 7 Eleven chiko rolls.

The only thing I really remember is how much my lecturers hated ANZAC Day. They all seemed to think it was a misogynistic, xenophobic celebration of bellicose, imperialistic jingoism. One of them even called it a “shameless, diogenesian discourse,” which is a soufflé of a sentence, really.

I personally have no time for war, but my grandfather fought in one and I’ve got no problems with him.

Besides, ANZAC Day gives us all yet another day off work and a chance to engage in a uniquely Australian event on this one day of the year. Two-up!

I played once, years ago, in a bar I was supposed to be working in at the time. I lost a lot of money and my job as well. But I had a good time.

So, in the spirit of having a punt, let’s take a look at a few special ways and days when you can place a wager. 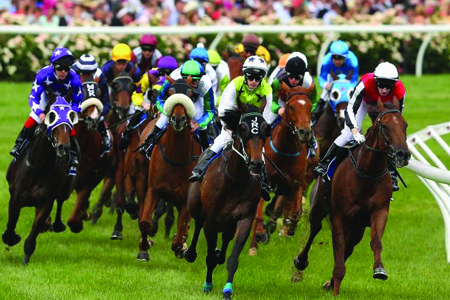 They call it the ‘race that stops the nation’ and for whatever reason, people seem to love the Melbourne Cup (November 5). I’ve been to the races once or twice in my life and the best part of it was the fact I got to wear a suit. I don’t really trust horses, much in the same way I don’t trust anything that wears shoes but can’t put them on itself. Plus, I was thrown by a horse four times in one day when I was a child. The horse’s name was Nugget and I will curse that equine rogue until the day I die. Anyway, the cheapest way to get amongst the Melbourne Cup is to enter an office sweepstakes. That way, if your horse wins, all the losers chip in and shower you with cash, or buy you a Creme Egg if you work for the government. If you’re after a little flutter on the races though, you can try and elbow your way to the front of the TAB at your local pub. Ignore the pelicans in cheap off-the-rack polyester suits and their girlfriends in ostentatious fascinators. They look ridiculous anyway! 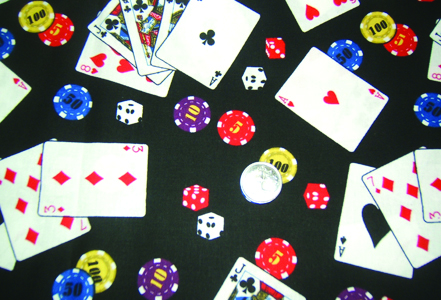 Is there anything sadder than a Monday night pub poker tournament? That depressing mix of emphysemic, liver spotted ancients on their last legs and rat haired, baggy pant wearing kids barely old enough to order an alcoholic beverage. Keeping that in mind, I’d have to say no. I’ve watched enough of these poker nights polishing glasses in yeasty local pubs and dingy watering holes to know that the sun never shines on these sorts of folks. My bitterness probably stems from the fact that I’ve never actually played poker. Alas, pretty much every pub has a poker night once a week, there’s even a national league you can join. So, for a relatively cheap buy-in you stand to make a bit of money – if you’ve got the patience. 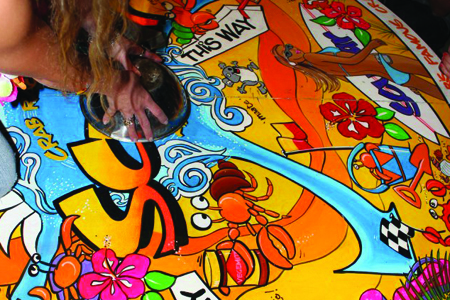 Running with the crabs

As long as things have moved at varying speeds human beings have bet on them. I’m pretty sure the first Homosapiens placed bets on mammoths crossing the frozen tundra of pre-historic Earth. The Greeks had the Olympics, the Romans the Amphitheatre and we present day men, well we have such a disgustingly dizzying array of shit to bet on that it’s enough to make me man sick. If I see one more ad with Tom Waterhouse in it I’ll actually cry. That’s why I askew the mainstream gambling scene and place my hard earned coppers on the odd crab race. Notorious backpacker bar, Scubar, host this very event every Monday night. There’s no need for manicured grass racetracks and multi-million dollar grandstands, all you need for a proper battle is a bucket full of crabs, a little sand and a few numbered cards. The little hermits don’t exactly explode out of the blocks when you take the bucket off them, but whichever crab eventually crawls out of the circle wins. And, of course, you can win a bunch of travel prizes and drinks. 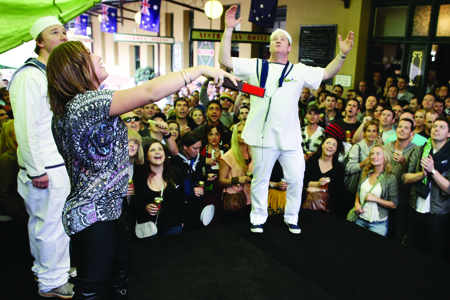 Two-up originated in the late 18th century with the convicts and became popular with miners on the Victorian colonial goldfields in the 1850s. Nowadays Two-up is only allowed to be played on April 25th, nominally as some kind of symbolic sharing of experience with our long lost Diggers. It can be played with two or even three coins and involves a ring, a kind of flat board used to flip the coins and somebody yelling out things. Check it out this ANZAC Day, but I can’t stress enough how careful you have to be with your money. If Lady Luck isn’t on your side you can lose a lot of dough – and extremely fast. 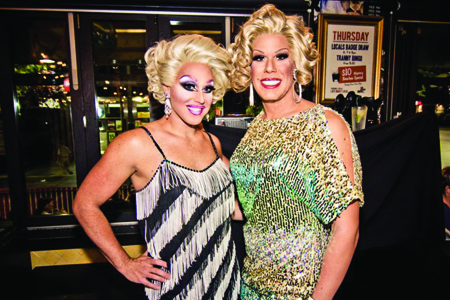 Bingo is pretty boring. That’s why it’s the preferred pastime of dementia-riddled geriatrics and low-income earning cruise ship passengers. That’s not to say stamping numbers with an oversized marker pen isn’t an easy way to win a few bucks. All it needed was a shake up. That’s where infamous Sydney Transvestites ‘Penny Tration’ and ‘Tora Hymen’ come in. Every Thursday night at the Sugarmill in Kings Cross they rattle their balls in a cage for tables of bingo players vying for drinks, meals and cash prizes. With quippy calls like “Number 81: a fat tranny in a tight belt standing next to an anorexic slut” and “Number 5: one lonely drag queen in a wheelchair stuck in the sand,” at Tranny Bingo you’re also getting a free comedy show.

Web app that stops you facebooking and tweeting when drunk