No convicts were flogged in South Australia. Only landed gentry came out here to resettle (way after the Aborigines) the great sunny southern spaces. So being the only state not built on convict labour, its got a tender sense of pride and prejudice… just right for a worthy, shifty peasant like myself to cause trouble, eh wot?

Leaving Adelaide with buddy Samantha (Sisterly Sam, to the appreciative off-duty cops at the corner pub in one of that fine city’s beach-side ‘burbs), we skittered down the south-eastern freeway then cruised east into the Limestone Coast region, so called because it’s made of, er, limestone.

You get there by highways: the northern section has the Duke’s Highway; along the southern section – near the coast – is Princes Highway. The long bit of land stretching along and parallel to the coast is called the Younghusband Peninsula. This area is male-dominated by the sound of it. I mean, our first stop in the Limestone Coast region was at a town called Keith. Perfect for two girls out for an adventure. 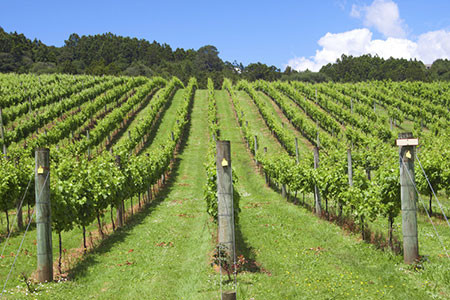 We headed to Naracoorte – which was holding one of those farmer markets – stopping to browse the local farmers and poke at their gourmet sausages, oh err. Nothing like a bit of rolled pork to get one’s appetite whetted. I left Sam to her shameless flirting – a city gal getting those poor country lads into a sweat over their bacon bits – and checked out the other goodies, including stocking up on some home-grown apple juice. One thing about South Australia: it gets warm and dry, so you get warm and thirsty.

The main attraction in this town is the caves. They are South Australia’s only World Heritage Site and there’s lots of great caves to clamber around in – 26 in all – containing whopping big fossils of megafauna, those Australian dinosaurs that look just like bigger, toothier versions of today’s smaller animals. Some caves are self-guided so you can poke around in them on your own while others require you to follow at the heels of a guide who has a lot of explaining to do.

After a night in the camping ground, we headed south to Coonawarra, a juicy little wine area where all the vineyards have thoughtfully placed themselves on one little stretch of highway. It meant we could hire bikes and wobble from vineyard to vineyard to… hic… where are we going now, oh yes, the next vineyard… oh my, the world does look different from down here… what do you mean I’ve fallen over and am looking at the underside of a bunch of grapes? I thought they were my dog’s eyeballs. Hic.

This area is certainly classy and the liquid produced would be way over our budgets if we had to pay for the stuff. Thankfully we didn’t. The liquids were free, the welcomes at each vineyard were warm, we had great exercise, looked at lovely countryside including satisfyingly neat rows of green vines, rich red soil, pretty buildings and brown boys on tractors, while being gratifyingly honked at by passing truckies.

Penola is a lovely little place to stagger round the next day, while waiting for those little stars floating around my head to place themselves back in the sky. Feeling like the devil, I passed a church and studied the saintly statue of a famous local nun, Mary Mackillop, who will soon be a saint – Australia’s first. She did not look like she indulged in any bike crawls around wineries or unsaintly rendezvous at the back of the picking sheds now did she, Sam? Sam? Sam, where are you? Certainly not in the nearby interpretive centre for the would-be saint.

I heard about the picking shed later, but at that moment I found, off the main street of Penola, a pretty white road flanked by cottage gardens and arty shops called Petticoat Lane. Following my nose I reached the pleasant scents of the Herb Garden, and sat down to wait for the world to stop spinning. Strolling around was all very slow and sweet and I relaxed enough to later pull Sam away from the grasps of the groping grape growers, and drove to the marginally slicker sights of Mount Gambier.

Built on the slopes of an ancient volcano, it’s also known as Blue Lake City, and we spied the Blue Lake along the highway and stopped for a gawk. It was a lake. And very blue. The town is a nice place to wander around in and seek out a decent coffee before heading to the coast. Here, where the water meets the land, we embarked on an excellent fish and chip crawl (and even tried a lobster) through the cute little seaside towns of Kingston, Port MacDonnell and Beachport. 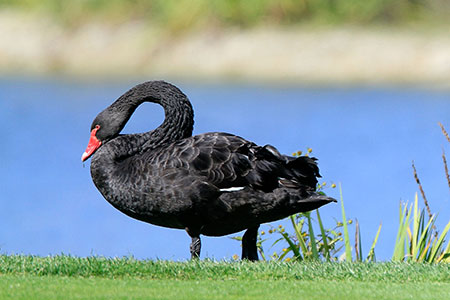 I want to light a strobe on Robe. If you want to really enjoy the beach life and see how Byron Bay could have been in its quieter, undeveloped days – when the fishermen used to lounge against their boats and grunt appreciatively at the girls – this is it. The town hangout, Long Beach, is surely one of the country’s most under-rated beaches for swimming and surfing – all 17 beautiful kilometres of it.

We explored the old town with its history and atmosphere, hung out at the port chatting with the old, weathered salties who were waiting for the tide, while eyeing (and unsettling) the younger, apprentice salties desperately pretending to swab decks and flex pecs at the same time. We found the most colourful smoothie bar in Australia, white sand, nice surf, great views, cool locals and blissful weather.

It became very remote and relaxing from there. We wandered along the coast, stopping at peaceful lookouts to view sandy inlets, sandy hills and sandy sands; all strangely appealing in a sleepy sandy sort of way. We chilled out on the beaches by still waters or foaming seas, squeezing sand between toes and dreamt of never going back to smelly, communal backpacker bathrooms ever again.

We were in the Coorong National Park, all big baby blue skies, billabongs, water and did I mention sand? The park has over 400 species of birds and we sighted lots of spoonbills, black swans, gannets and plovers. Lots of walking, talking, stalking and waking up with those birds – curse ‘em – and drinking in great starry skies. Even Sam had the most uninterrupted stretch of restful sleeps since she got to Australia on a “Promiscuous Ragers Visa”. 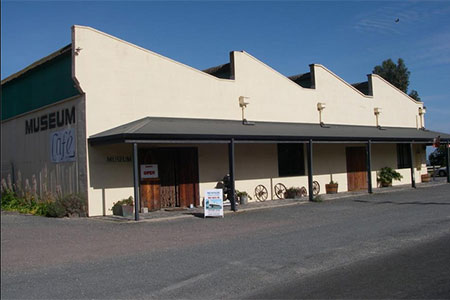 The last town along the coast was Meningie: quaint, historic and cheesy. It’s got a cheese factory (with pretty good cheeses) and a little museum with everything from, er, rocket parts to, um, cow pats. (Don’t ask.) By the time we reached our last stop, we were deep into the “Limestone Vibe” and ready to accept anything. Poltalloch Station is a cute, fascinating place where the owners have kept all the old, rusty and rustic bits that used to run stations back in them pioneer days of the 1800s. It was started by peasants who became toffs – yeomen for the Lucky Country.

We stayed in the largest of the 22 restored stone cottages, fantasised about the swarthy, stocky overseer who lived there and swam in Lake Alexandria along with the flapping, flipping and fishing pelicans. A tour through the old workshops, horse yards and carriage barns ended up at the old wool shed to perv on the head stockman mulling over sheep-ish matters with the lady of the house.

I didn’t want to leave this place containing my new friend, Casey the Kangaroo, the neighing ghosts of the old stables and the chill-out factor. However, we had a date with destiny back in Adelaide, and set off back “home”. Okay, proud pioneers, this is one peasant who will be back.