The Welshman’s performance in the second test seemed to suggest that he was back to full-strength, his work at the breakdown proving the difference time and again.

The Lions’ defence has looked impregnable until Warburton was forced off the pitch late on.

“It is incredibly disappointing to be ruled out of the tour through injury,” the 24-year-old said.

Warren Gatland is lucky that the Lions loose forwards are perhaps the division within his squad with the greatest strength in depth.

Many pundits are suggesting that Ireland’s mountainous Sean O’Brien will step into the starting XI with Justin Tiperic promoted to the bench. 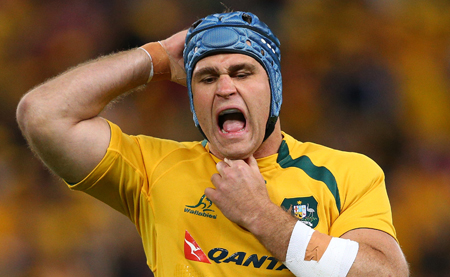 There has however been some good injury news for the Kiwi head coach of the Lions with the return of Alex Corbisiero in the front row.

The dual battering rams of Jamie Roberts and Manu Tuilagi are likely to be available again at centre.

Brian O’Driscoll looks set to captain the Lions in the deciding test, with the Irishman surely desperate to cement his place as a legend of the game with a Lions series win.

The Wallabies are also likely to be without their captain James Horwill after the IRB decided to look again at an alleged stamp on Lions lock Alun Wyn-Jones.

Do office dogs boost morale or drive you barking mad?

The Great Barrier Reef from the sky

Other traveller reviews on Wales