Alex Corbisiero rolled over for the first try barely a minute into the match. The new-look heavyweight front row made mince meet of the Wallabies pack, forcing penalty after penalty, which the ever-ready Leigh Halfpenny slotted over in the same way he has all year.

Horwill opted to kick penalties to the corner time and again in a bid to draw the Wallabies back into the game. He was finally rewarded with a try on the stroke of halftime after James O’Connor stepped inside Jonny Sexton and Sean O’Brien to touchdown just to the right of the posts.

Australia went in just nine points down at the break, and were soon within three points after two quickfire penalties at the start of the second half.

A change of personnel in the Lions front row refreshed their scrum and they soon reinstated their dominance in the tight.

Then in-stepped Leigh Halfpenny, the Welshman re-established a six point lead with a penalty, before setting up two tries after fielding kicks in the deep to put the game beyond the Wallabies.

Jamie Roberts, hitting a crash-ball like a freight train blew a hole in the Wallabies defence to finish the Wallabies off with 10 minutes to go, to see the Lions run out 41-16 victors.

It was a brutal opening half from the Lions pack who mullered the Wallabies in the scrum, who were penalised time and again, on both their own put-in and the Lions.

A knock-on straight from the kick-off from Australia’s man of the series Will Genia gave the Lions an attacking platform early on. The Lions’ scrum forced the freekick which Mike Phillips took quickly, several phases of last gasp defence later and Corbisiero, showing great awareness bounced off one tackler and aware he wasn’t held, rolled over the line for the first score.

The early collisions were enormous, George Smith, playing in his last test for the Wallabies was taken from the field after his crash ball route found the immense form of Lions hooker

The Wallabies dangerman, Israel Falou, had to take his leave after twenty-five minutes after the wing tweaked a hamstring stretching to collect a garryowen.

The pack continued to dominate, limiting Australia’s excursions into Lions territory and eventually forcing referee Roman Poite to send Ben Alexander to the bin. James Horwill, perhaps unwisely opted to throw away several kickable penalties in favour of kicking for the corner. 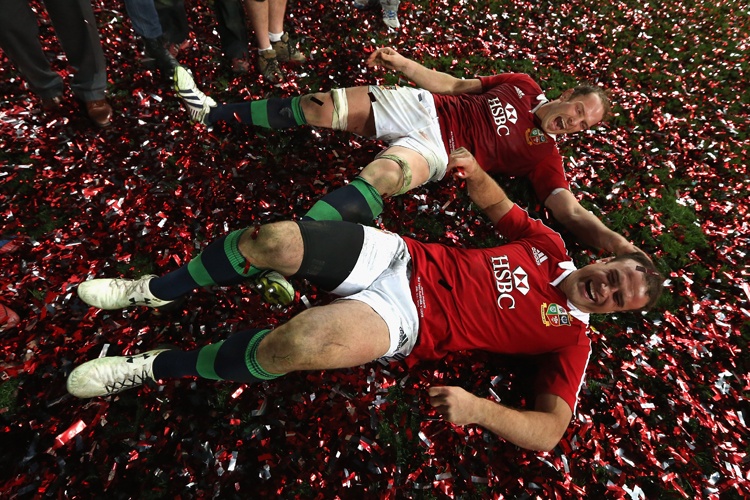 The Wallabies were eventually rewarded on the stroke of halftime: A five metre Wallabies scrum was able to hold up for long enough for Genia to spin it out to O’Connor who stepped inside Sexton, and O’Brien before showing great strength to touchdown.

And Australia were almost back on terms following the restart after Christian Leali’ifano slotted two penalties in quick succession from breakdown infringements from the Lions.

The Lions scrum smashed its way to another penalty which gave Halfpenny a chance to stop the rot, which he duly took.

Warren Gatland rung the changes in the pack, bringing on Tom Youngs and Dan Cole, and the all-English front row continued to make light work of the Aussie pack.

The Wallabies continued to look dangerous in broken play but the Lions diminutive goal kicker was not in the mood to let the series slip away.

The Lions spun the ball out, and Jonathan Davies, who later said he’d felt like public enemy number one during the week following the dropping of Brian O’Driscoll, beat two men before passing outside to Halfpenny whose dummy provided him enough space to find the offload to Johnny Sexton on the inside for the score.

Halfpenny wasn’t done yet though. The welshamn, whose positional play verged on the telepathic at times, fielded a kick on halfway before sycthing through the Wallabies defence an flipping it out to George North to dab it down in the corner.

But it was left to Dr Jamie Roberts to cap the victory. The enormous centre hit a perfectly timed crash ball from offered up by Conor Murray, and there was no stopping the Welshman as he shrugged off one defender and handed off another before touching down under the sticks.

Warren Gatland said that he wasn’t looking for ‘vindication’ on the final whistle, but he must surely feel happy that his decisions, so roundly lambasted in some quarters of the British media, proved spot on.

Stuart Barnes in commentary said every gamble the Kiwi made paid off, and he was exactly right. The Wallabies were blown away in the second half, not just up front, but with sterling attacking, running rugby.

The Lions tour, which mainly have wondered about the future of, is surely now, here to stay for good. 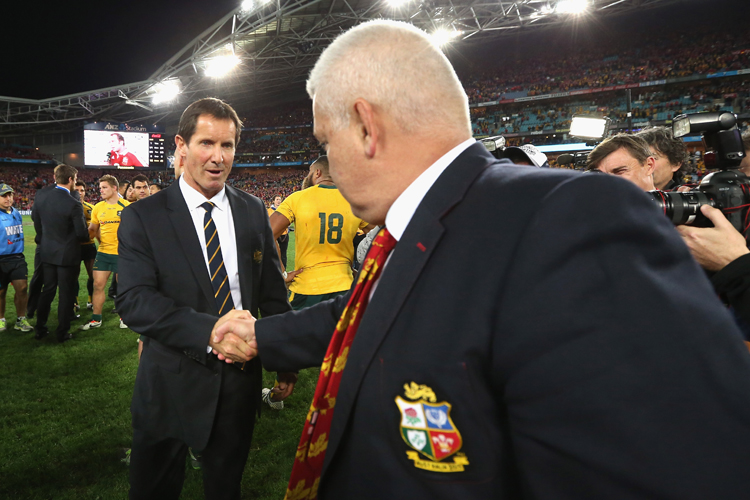 Many in Australia will question the future of Robbie Deans, who was under pressure coming into the test. But it would be unfair to say that the Wallabies will come out of this series without any positives.

Australia looks to have a new superstar in Israel Falou, as long as they can keep him playing the same code for more than a season. Leali’ifano looks to be a big game goal kicker who’ll be around for years to come. Will Genia too, remains the world’s outstanding scrum-half while Jesse Mogg showed his potential coming on.

With his cultured boot and reading of the game surely it should be he, rather than O’Connor, who should be the player the Wallabies should try to mould into their still problematic stand-off hole.

A farewell at Charing Cross