Folau will play on the right wing while Christian Leali’ifano will start ahead of Pat McCabe at inside centre and Ben Mowen will line up at blind-side flanker.

In other key moves by coach Robbie Deans James O’Connor will start the game at fly-half for the second time in a Test.

Kurtley Beale will come from the bench and slot in at fullback or fly-half when he gets his chance. 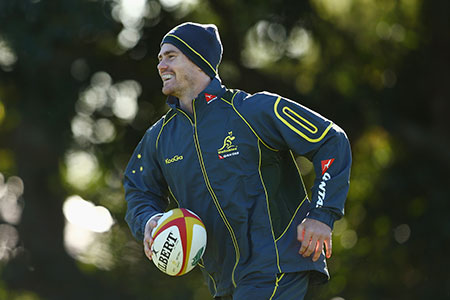 Folau’s ascendency to the national team is remarkable, given he played his first game of Super Rugby for the Waratahs just five months ago.

With his powerful running game, complemented by Digby Ioane, who starts on the left after being declared fit following knee surgery last month, the Wallabies will be dangerous out  wide against the Lions giant backline.

At flanker at least, they have an able replacement in Michael Hooper, who was man of the match when Australia beat England at Twickenham in autumn.

Lock James Horwill captains the side in his first Test in 18 months after a hamstring injury kept him on the sidelines for all of 2012. 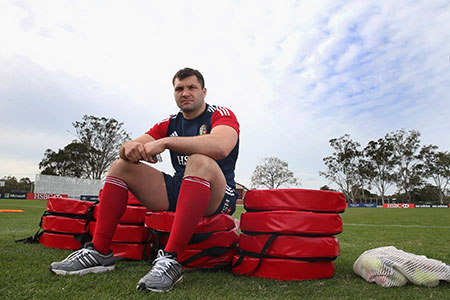 For the Lions, England prop Alex Corbisiero has got the nod to start after he was brought into the squad to replace Ireland’s Cian Healy.

England’s Tom Youngs will start at hooker ahead of Welshman Richard Hibbard while Jonathan Davies partners Brian O’Driscoll in the centres.

Mako Vunipola will start on the bench after coach Warren Gatland admitted he could be targeted in the scrums.

Captain Sam Warburton is one of eight Lions making their Test debut and eight Welshman in the starting 15, with four from Ireland and three from England.

England provide the bulk of fire power from the bench, while the only Scotsman in the line-up is utility back Sean Maitland.

Halle Berry ‘rushed to hospital’ after injury during movie shoot