Ever heard the one about Melbourne being Australia’s most cultural city?

Well, if you’re in the Victorian capital during the 17 event-packed days of Melbourne Festival, which get started this Friday (October 11), then you’ll probably start to understand how the arts-mad city earned its nickname.

The Melbourne International Arts Festival, to give it its full name, is a combine celebration of music, art, dance, theatre, multimedia and free outdoor events. It’s been running since 1986 and in that time has become one of the premier Australian festivals of its kind. This year’s lineup combines artists, musicians, actors and performers from Australia as well as nearly every far-flung corner of the globe.

Some of the likely highlights of the festival will no doubt include live performances from American symphonic rock outfit The Polyphonic Spree (Oct 20-22), live theatre from Belgian theatre company Ontroeren Goed, with their devastating exploration of teenage psyche in Teenage Riot (15-18 Oct), and a groundbreaking world premiere from the Hofesh Shechter Company called Sun (11-16 Oct). 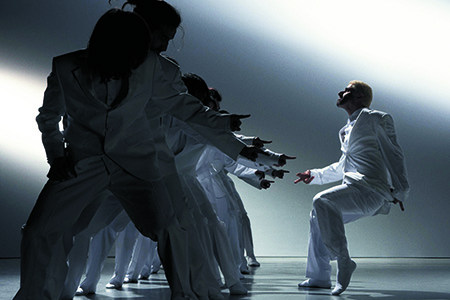 There will also be a live performance from Australian Aboriginal legend Gurrumul (Oct 12). And that’s just a taste of the 70-plus acts and performances that will take place over the long fortnight.

As a part of the festival a selection of cafés, restaurants and bars have also been selected in and around Melbourne n the basis that they best showcase the city’s electric and refined palette. These include venues such as new French/Vietnamese restaurant Blondie, the Italian inspired Meatball and Wine Bar, as well as Taxi Dining Room, so make sure you check them out during the action.

Even better is that many of the large-scale music and art events are free. Just check out melbournefestival.com.au for all the details.

And don’t forget, once Melbourne’s performers have whetted your arty appetite, there’s no shortage of other morsels to get your teeth into around Oz, so read on for our pick of the best on offer. 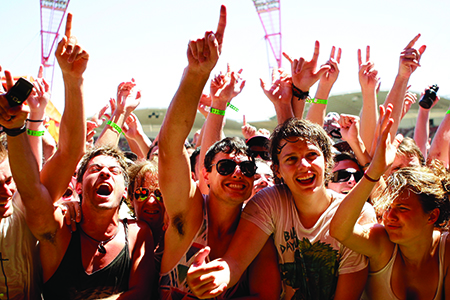 WHAT: Perhaps the torch-bearing boutique festival of the year, the St Jerome Laneway Festival is the absolute favourite of the super hipster crowd. From its humble beginnings in the Melbourne’s back streets it has grown into a huge event on the music calendar, including shows in Singapore and across the ditch in New Zealand. This year’s lineup is one of the biggest ever, and includes names like Mount Kimbie, Savages, Chrvches, Four Tet and Lorde.

WHAT: Australia’s premiere comedy festival will be returning to the city by the Yarra River over March and April 2014. Melbourne has long forged a reputation for itself as the capital of comedy in Australia and this festival is the city’s chuckling flagship, attracting some of the biggest and the best stand-ups from around Australia and every year. Some of last year’s biggest hits included American comedian Arj Baker (Flight of the Concords), Australia’s own Adam Hills, Scotland’s Danny Bhoy and Frank Woodley. While the acts for next year won’t be announced until February, if you like to laugh (and who doesn’t, right?) then you should definitely keep a few days between March and April in your diary open.

WHERE/WHEN: Various venues in and around Melbourn.

HOW MUCH: Prices vary between comedians.

WHAT: South Australia is known as the Festival State and nowhere is that more apparent than in the picturesque capital of Adelaide. With it’s wide tree lined boulevards and abundance of beautiful parks, Adelaide is one of the more laidback, easy going cities in Australia. The Adelaide Fringe Festival, held annually in February and March, is one of the biggest and best known of Adelaide’s events. The festival usually features more than 4000 local and international actors, singers and comedians taking to the stages and streets across the city. No surprise then that, after Edinburgh, it’s the world’s biggest fringe festival. The Fringe also usually runs concurrently with WOMAdelaide, a massive world music festival.

HOW MUCH: Many of the events are free. 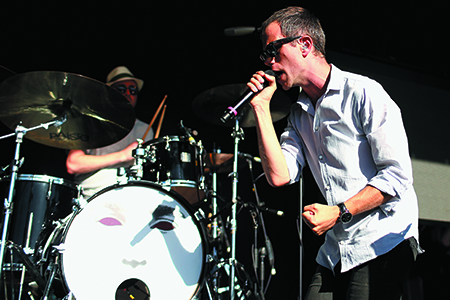 WHAT: Having broken with tradition last year and announced its first ever international act – Blondie – the 2013 Homebake Festival has gone back to its roots.

Aussie and Kiwi acts are all you’re going to see over this new, bigger and better Homebake, which is now spread over three days in December.

Paul Kelly, The Presets and Brids of Tokyo are just some of the big names to play at this year’s installment. It’s also moved out of the Domain and onto the Opera House Forecourt.

WHAT: Long considered a summer highlight, Fall is held over four days across the New Year in scenic Victorian seaside town Lorne, plus the beautiful Marion Bay in Tasmania, with its lineup swapping over halfway trough. This year it’s expanded to a third venue, Byron Bay. Acts include Vampire weekend, The Roots and Grizzly Bear.

HOW MUCH: Lorne and Byron Bay have sold out. Tickets remain for Marion Bay. A three day ticket with camping is  $236+ bf.

WHAT: It’s all in the title rally – it’s a celebration of Australian produce and, oh yes, it’s delicious. Whether you’re a food fanatic, a wine connoisseur or just someone who enjoys a good day out, this is one worth catching. Some world famous chefs, wine makers, restauranteurs and TV cooking types will be gracing the stage and, for those keen to try their hand, holding masterclasses. If you’d rather focus on the simple pleasure of sampling other people’s hard work then you can do that too.

WHAT: Mark the dates in your diary if you’re going to be around Sydney in January because that’s when the city really comes alive. To celebrate the start of another new year the Sydney Festival has become the artistic and cultural cornerstone of summer, bringing a diverse range of performers, musicians and circus acts to the Harbour City and (from this year) Parramatta as well. Amongst the events already confirmed for next year’s festival is Dido & Aeneas, an operatic piece telling a story of love in a lost time of war and a trio of public performative arts works by renowned Russian artist Roman Ondak at the Parrametta Town Hall. Don’t worry, there will also be stacks more events that are slightly more, er, low brow!

HOW MUCH: Variety of free ticketed events.

WHAT: This is the big one, the big daddy, the Godfather of all Australian music festivals. Next year’s Big Day Out will be no exception Pearl Jam, Arcade Fire and Blur are all top of an enormous bill which also includes Snoop Dogg (aka Snoop Lion), Major Lazer and Flume.

HOW MUCH: Prices yet to be announced. Last year ticket prices ran at around$135 + a small booking fee.