Live and work in Thailand: Bangkok and beyond offers cheap living and exotic entertainment

“Bangkok has all the cosmopolitan upsides of any other global city, but there’s a uniquely Asian chaos about it, balanced just enough by Western attitudes,” says Aussie Tom Sturrock, who has lived in Bangkok for nearly a year and describes himself as a “journalist, editor, bon vivant and vagabond”.

“Maybe you get that in Hong Kong as well, but Bangkok is cheaper, rowdier and more fun.”Having previously lived in the UK for four years, he felt the lure of BKK after losing a job in Sydney. “In hindsight, I’m surprised I didn’t wind up here sooner,” he confesses.

Gabrielle Doman, a 29-year-old British freelance writer and soon-to-be personal trainer, moved to Thailand two-and-a-half years ago: ”The best bits about Thailand are the weather, the fact it is so cheap, there are exotic beaches only a few hours away, the food and – despite it being a cliché – Thai people are extremely friendly on the whole.”

Both expats agree that learning to speak a bit of Thai will help you get by more easily (especially if you plan to teach English!), while Sturrock adds it will help you “charm respectable Thai women”. On a similar note, sort of, Doman warns this is not the place for Western women to look for love: “Western men date Thai women and Thai men date Thai women,” she laments. The traffic and crowds are other downsides to bear in mind. 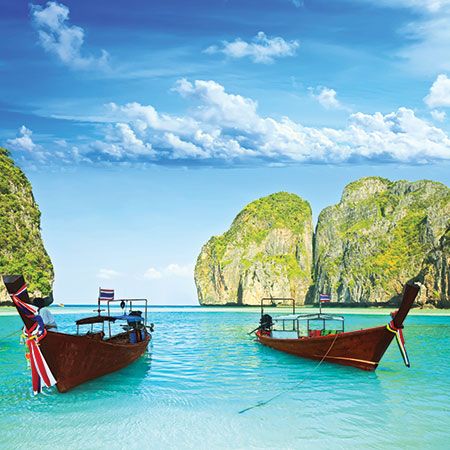 James Jenkin, academic director at i-to-i TEFL tells us about 80 per cent of the jobs they post in Thailand involve teaching children. The education industry in Thailand is huge and still growing. With English a compulsory subject, the demand for English-speakers to teach in its schools is extremely high.

Teaching can help you experience Thailand on a more meaningful level, says Amy Dalton, a 22-year-old from Ireland who recently worked at Rattanaburi High School in the northeastern Surin Province of Thailand.

“Teaching there opened my eyes to [how the Thai people] live with the basics,” she tells us. “I learned a lot about how generous and kind people can be, and how strong I can be when facing such massive cultural differences.”

Sturrock points out that Thailand’s creative industry is also flourishing. “Once upon a time, creative people fled big Western cities because they couldn’t afford it – they fled London for Paris. In 2013, they come to BKK.” Restaurateurs, writers and photographers find a happy home in Thailand.

While speaking Thai is useful, reading or writing it isn’t as essential, as there are many English language publications, such as Bangkok Post, BK Magazine and Bangkok 101. 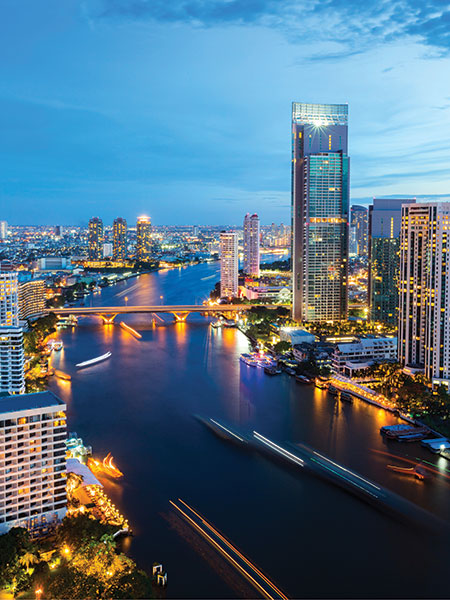 “It is possible to get by on a very small salary,” Doman agrees. “You can get a big plate of street food from as little as 50p. My flat is a bit out of town and is £120 a month, and I take the trains or walk rather than get taxis – although even taxis are very cheap compared to other countries.”

Satisfaction could largely depend on your lifestyle choices, though. “Bangkok is at its best at about 2am,” Sturrock informs us. “If you work late, struggle with impulse control and are a bit too fond of booze, the abyss is forever there in the wee hours, twinkling invitingly like the city’s endless skyline.”

Get a job in Thailand

• The Thai Ministry of Education stipulates that a qualified teacher must hold a Bachelor’s degree. Thai schools also value a TEFL certificate (store.onlinetefl.com).

• Private schools like to source their teachers locally, so it’s helpful to build a network of teachers who can let you know of opportunities and recommend you personally.

Gemma Handmer
“There is a place called the tiger temple that you can work for a month for free rent, basically showing tourists around and feeding/pplaying with tigers. all food and accom included but have to work 6 days a week.”

Craig Orourke
“You can sometimes get job/s as an extra in a movie, my friend Sarah was in ‘The Impossible.”

The Best Pizzas in London