The beat goes on: There’s more to Liverpool’s legendary music scene than just The Beatles

A ska-punk six-piece strikes up a song on my left, while a little further down on my right another, with just his guitar in hand, is belting out the chorus to The Beatles’ A Hard Day’s Night. The atmosphere is electric, and it’s just your average Saturday mid-morning.

Liverpool is one of the world’s most renowned music cities, home of The Beatles, Elvis Costello, Echo and The Bunnymen, Ladytron, The Wombats … the list goes on. 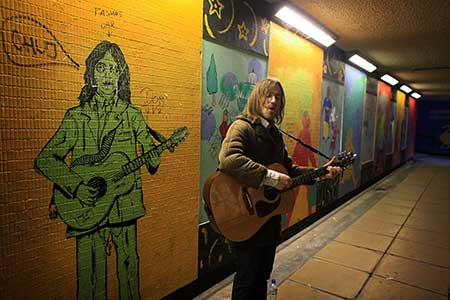 In the past few years, this Merseyside city has scooped up a whole heap of accolades – named everything from ‘UK’s Friendliest Destination’ to ‘Britain’s Best Nightlife Destination’, and has been named the World City of Pop by the Guinness Book of Records, for producing more number-one hit singles than any other city. I’m here to find out if it really lives up to such a buzzing reputation.

No visit to Liverpool would be complete without paying one’s respects to The Fab Four, so my first stop is The Beatles Story. Inside, I’m taken on a journey through the history of the world’s most famous band.

There are photos and installations from The Beatles’ early years, including them cutting their teeth at local live venue The Cavern Club through to their solo projects. The exhibition includes all sorts of cool original artefacts, too, including a pair of John Lennon’s glasses, guitars and an “unfeasibly rare” copy of The White Album on blue vinyl. 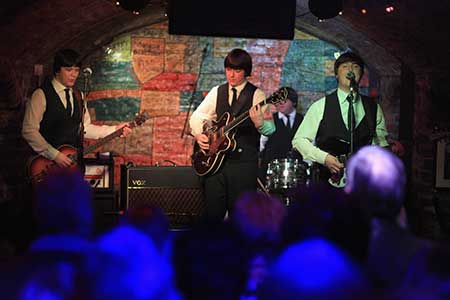 The audio guide is narrated by John Lennon’s sister, Julia, “which gives the visitor’s journey a real authenticity,” as Beatles Story representative Martin King tells me. Martin is full of praise for Liverpool, not only as an amazing city for a music fan to live in, but also as a place to visit, especially for Beatles fans eager to see the legendary places in which the band performed, or referenced in their songs.

“They can visit us, Penny Lane, Strawberry Field, The Cavern Club, The Casbah,” he says. “We’re also home to Liverpool Sound City and the city’s annual International Festival of Psychedelia, which attracts people from all over…”

As much as I love exploring Liverpool’s Beatlemania past (and I’ll admit I’m slightly tempted to catch The Beatles cover band playing at The Cavern Club tonight), I’m also keen to experience the city’s current music scene. 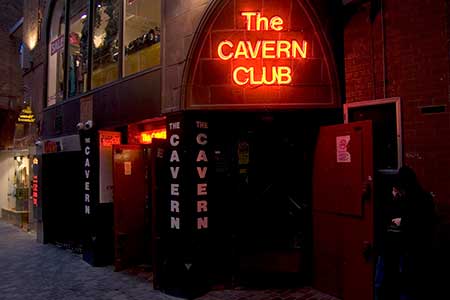 I meet scene stalwart Paul Fleming, the man behind post-punk outfit Baltic Fleet and former keyboard player for Echo And The Bunnymen. “Growing up around Merseyside as a musician, there’s a lot to live up to and there can be pressure,” he says. “I came from a musical family, with my dad being part of [influential Sixties band] The Merseybeats. I’m proud to be associated with everything that’s happened.”

I ask Paul to give me some insider tips on where to catch the best live music these days.

“The best live venues are the Kazimer and The Camp and Furnace Blade Factory. Leaf is also great and there’s the new East Village Arts Club. You’ll catch a lot of up-and-coming acts as well as more established artists,” he tells me, adding,  ”The live scene is really vibrant right now.” 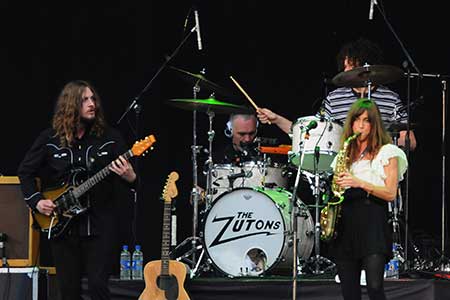 I spend the rest of my Saturday night on a musical pilgrimage of sorts, pub-hopping from the grungy The Zanzibar Club (Noel Gallagher, The Zutons and The Coral have all graced the stage here) to the experimental music and theatre venue Kazimer.

I walk down Mathew Street, where The Cavern Club stands, and past the legendary Nation, home of dance superclub Cream, which is credited with raising the bar for clubbing in the Nineties. Then it’s on to some other late night spots I only have a hazy recollection of…

Though I didn’t discover the next big thing during my weekend here, I sure as hell had a brilliant night out – Liverpool definitely manages to live up to it’s musical hype.

Getting there Take the train from London Euston to Liverpool from £51 return. 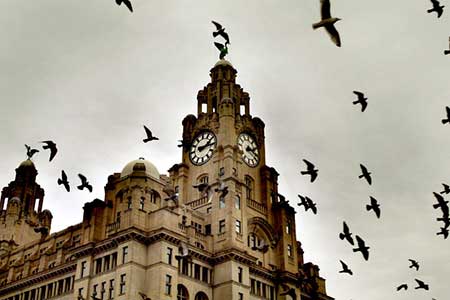 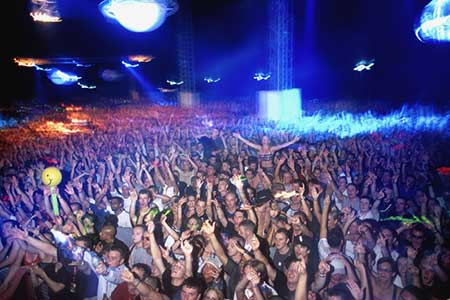 Cream is only on four times a year at Nation, but if you can tee your holiday around those dates you won’t regret it. Drinks approx £3.50.

Lord Nelson is central, and fairly basic, but clean and comfortable with inclusive continental breakfast. Rooms from £30pn.

The Beatles-themed Hard Days Night Hotel is located near The Cavern Club, and features everything from Beatles photographs to a yellow submarine jukebox. Rooms start at £90pn.

The remains of the West Pier