For Norwich, who sacked Chris Hughton with five games remaining, it was their eighth defeat in their last nine Premier League games – a run during which they haven’t won.

The lively Raheem Sterling opened the scoring with an effort that found its way to the top corner and Suarez doubled it with a right-footed goal as Liverpool went 2-nil up within 11 minutes.

Norwich pulled one back 10 minutes into the second half through Gary Hooper after they started the half brightly but Sterling restored the 2-goal lead with his second following a fast break.

The home side, just two points from safety, continued to fight however and Robert Snodgrass’s header gave them hope of a comeback.

Liverpool are now 5 points clear of second placed Chelsea, who slumped to a shock home defeat to bottom club Sunderland on Saturday, with three games (and just nine points) left to play.

The pair face each other next weekend in a do-or-die clash for the Blues.

They’ve played more games than their rivals this season, as have third placed City, and it is that freshness that has given Liverpool the edge in the title run-in.

Man City are 9 points behind with two games in hand. They play West Brom on Monday.

Liverpool need 7 more points to put the title beyond City’s reach – assuming the Manchester side win all their remaining games – and win England’s top flight for the first time since 1990.

If they beat Chelsea next Sunday, the Londoners will be out of the race. 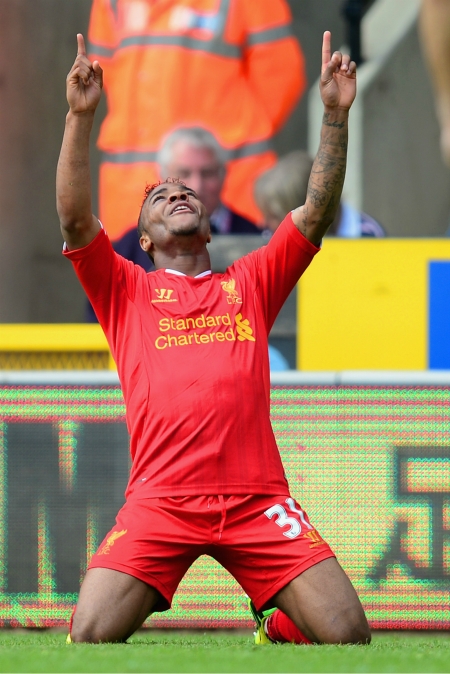