Living in Newington Green: Islington’s little village with a lot to offer

And, living opposite The Nags Head shopping centre on Holloway Road, I found it pretty hard to reconcile that reputation, which I was gradually becoming consonant with, to the reality I found myself in.

(For the similarly ignorant, it’s a reputation for bijou eateries, artisan hummus, bespoke children’s scooters, and a brand of fiercely liberal politics that, some (including me) allege, comes with an undercurrent of hypocrisy, e.g., campaign not to close the local Sure Start centre but wouldn’t send dear Mia or Brando or Chutney, or whatever moronic name they’ve not-christened their offspring, there in a million years.)

London is one of the only places in the country where a person will occasionally ask you where you live, before asking you what you do. I’m quite sure this is because, in London, it’s an even quicker way to judge someone. I do it too.

On announcing that I lived in Islington I was constantly told what an adorable liberal enclave it was, only to go home and find towering youths pushing drugs in the stairwell of my building, and, on one occasion, an elaborately terrifying couple having a quick knee-knocker (at 4.30pm on a Tuesday).

I soon stopped telling people I lived in Islington, opting instead for saying Holloway. I liked Holloway, it’s an area comfortable in its own skin, it’s not trying to impress you, it doesn’t give a shit what you think of it. It couldn’t be less-arsed if you stopped to Instagram a picture of the Sports Soccer and Chicken Cottage side-by-side. And even if you hashtagged that picture #brokenbritain the most you’d illicit by way of a reaction from Holloway would be a brief kissing of the teeth.

So it was with sadness that I left it two years ago, to make that most momentous of steps: moving in with my girlfriend. After a protracted search we ended up in Newington Green, and, I will admit, it was pretty much love from the start. I’d finally discovered the liberal Islington that everyone had been telling me about. 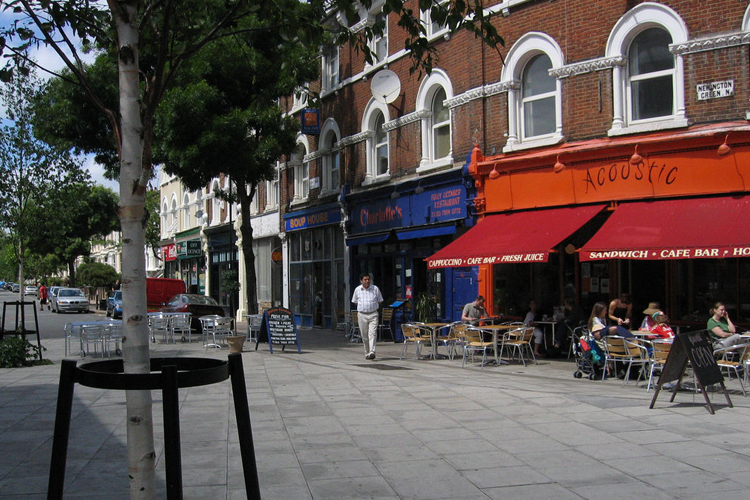 Living there, like anything, took a little getting used to: On our first morning I, full of the joys of a new beginning, flung open the curtains in the living room, a tad melodramatically, wearing just my boxers, and found myself more or less face-to-face with a burly bloke with a jaw like the bow of an oil tanker sat on the top deck of a bus. I wonder to this day what that wink he gave me meant, I’m joking, that didn’t happen. He didn’t react at all, he looked at me with that specific passivity which one reserves for street furniture observed through bus windows. Bollard, bollard, tree, bollard, bus stop, dude in his boxers, bollard, tree.

Anyway, sorry, off topic. Newington Green is awesome. It’s the dark heart at centre of the Quinoa Triangle. What it manages to do is take all the best bits of neighbouring Stoke Newington, Highbury and Crouch End (the three corners of the Quinoa Triangle), and sift out all the crap. It’s got awesome pubs that aren’t crawling with tedious little Hugos and Projas (‘Yah, actually, it’s a Slavic cornbred, we’d just eaten some before she was conceived, oh my god can you believe this place doesn’t have high chairs?’), awesome cafes that don’t cost a fortune or require a GCSE in a continental language to read the menu, and a plethora of handy local shops that would be priced out of adjacent areas.

It has that community feel that young families generate without feeling elitist. The community days, that occur throughout the summer on the green are a readily taken opportunity for everyone living there to come together.

Newie G also has a pleasantly rich history. It was the site of one of the first Dissenting Academies (a piece of local history, which like most in Britain, has been left to a pub to remind us of: The Dissenting Academy, live music and 2 4 1 meals on a Tuesday, sits on the corner of the green), essentially a university for people who weren’t protestant, the alumni of which included Daniel Defoe and Samuel Peyps. Even Henry VI was a fan of the green, he used a house on the south of it as a hunting lodge. 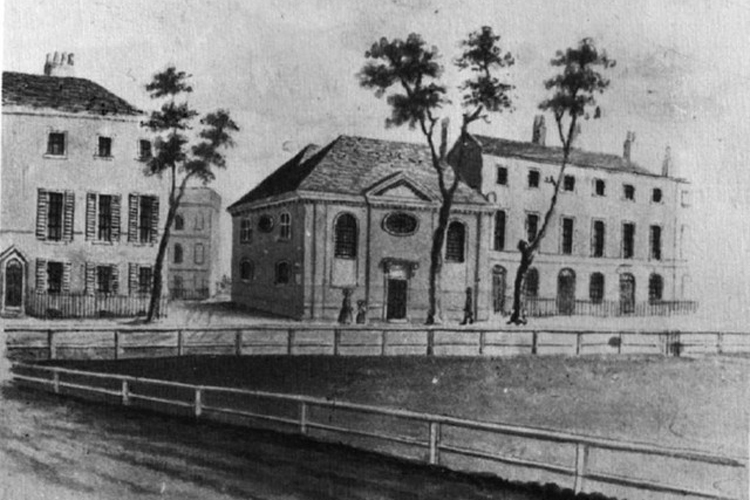 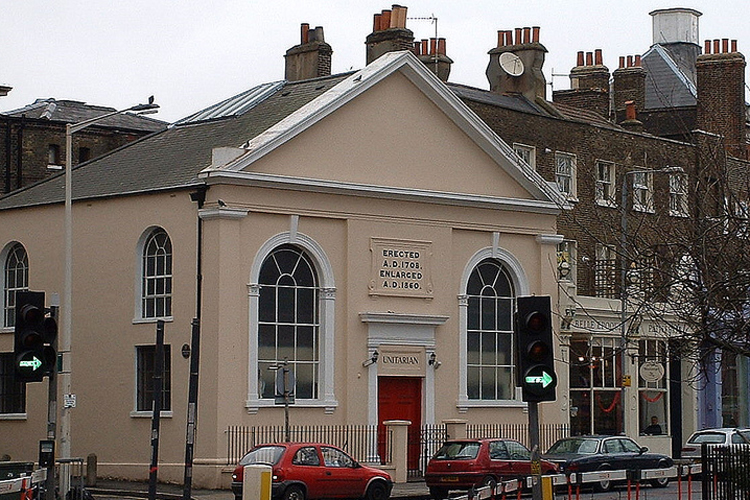 It is perhaps most famous for its association with the writer, feminist and philosopher Mary Wollstonecraft, who penned her magnum opus, A Vindication of the Rights of Woman, whilst living there, and whose portrait hangs in the Dissenting Academy.

These are great reasons to love living in Newington Green, but for you grubby little materialists (said with the warmth of a fellow grubby materialist) it’s got more palpable benefits than you can shake an uncomfortably metaphorical stick at.

One of the main gripes I hear about North London is its apparently poor transport links. To which I generally reply: bollocks. Newington Green is alarmingly well-connected, insofar as, it’s so well-connected I sometimes worry that undesirable people could get there too easily. Say, for example, a country wanted to invade, but needed to do it on the cheap using public transport, there’s the overground to Canonbury, Dalston Kingsland or Junction, the tube to Highbury and Islington, or any of the many, constantly running, major bus routes which run straight through the green. What I’m saying is that an invading army could be in Newington Green in mere minutes from central London using public transport. You can choose to see that as a plus or minus.

My commute, for example, to the arse-end of The City consists of a six minute walk to Canonbury, 11 minute overground journey (always sat down) on a quiet train, followed by a 15 minute jaunt through The City from Shoreditch High Street. 30 mins door-to-door and at no point do I have to stand in indecent proximity to a Topshop banker who apparently has his morning shower in Joop.

It’s fair to say that the rents in Newington Green aren’t cheap, and in neigbouring De Beavour they’re even higher, but you can still grab yourself a slice of green life for slightly cheaper by living on the Hackney side, which is indiscernible from the Islington side.

I’m not going to sit here and name all the awesome little restaurants and cafes one-by-one, nor am I going to mention the fruit and veg shop, or the inummerable outstanding kebaberies on Green Lanes. That’s all stuff you’ve got to find out for yourself.

Suffice to say London is replete with great places to live, and while Newington Green will certainly be a little too rough round the edges for some, those people, in short, are berks.

The great thing about London is that people move to it wanting The Big City Experience, and once they’ve had enough of that London can also offer the village in the city experience. I suppose it’s about finding the one that suits you best, and Newington Green suits me, just fine.

State of Origin 3: Queensland dominate Blues to restore some pride after losing series