Mitcham is a Beijing gold medallist in the 10-metres platform. He was the only non-Chinese diver to win gold in 2008.

The 24-year-old had previously said that London 2012 might be his last attempt for another Olympic gold. However, he said he has reconsidered since arriving here.

“The Olympics is really addictive … there’s nothing like it and I remember saying in Beijing that I never want to miss another Olympic Games again. And I had forgotten that until I got here,” said Mitcham at a news conference.

Coming off of an injury, Mitcham is ready to compete after spending a lot of time mentally and physically preparing for London.

Men’s single diving events do not start until August. 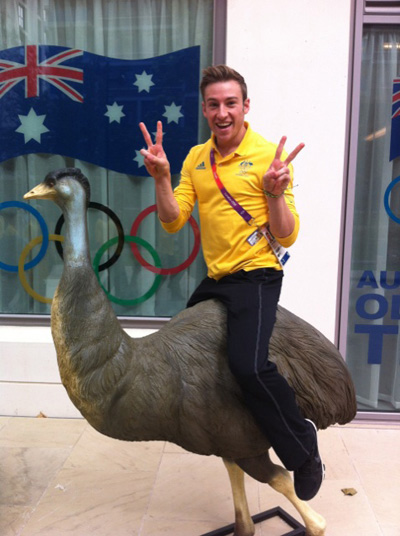 More fun in Olympic Park – Matthew Mitcham having some laughs with the Aussie decorations.