The Dutch judo star said she saw red and hit the bottle man who had no way of knowing he was seated next to a professional fighter.

Locog chairman Lord Coe has it called “poetic justice” that the bottle-thrower happened to be sitting next to such a capable exacter of justice.

Bosch, 32, said she was shocked by the man’s behaviour ahead of one of London 2012’s most anticipated events. According to the judo champ, the culprit had been behaving strangely before he began shouting abuse and threw a plastic bottle onto the Olympic track.

Speaking after the 100m final has been demolished by Bolt, Bosch told Dutch TV station NOS TV: “I had seen the man walking around earlier and said to people around me that he was a peculiar bloke.

“Then he threw that bottle and in my emotion I hit him on the back with the flat of my hand. Then he was scooped up by the security.

“However, he did make me miss the final, and I am very sad about that. I just cannot understand how someone can do something like that.” 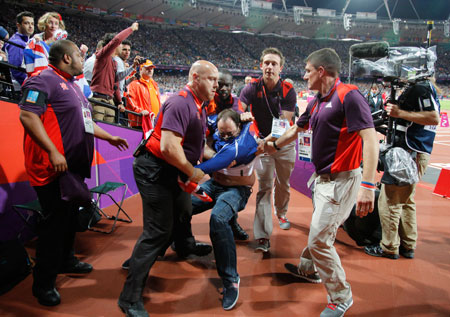 Earlier, Bosch told her Twitter followers: “A drunken spectator threw a bottle onto the track! I HAVE BEATEN HIM…unbelievable.”

Usain Bolt has said he did not notice the bottle being thrown onto the track, telling reporters:  “No, I keep hearing that. I don’t know who would have done that.”

However American Justin Gatlin, who won bronze in the race, said:

“It was a little distraction and I didn’t know what it was. But when you’re in those blocks and the whole stadium’s quiet you can hear a pin drop.” 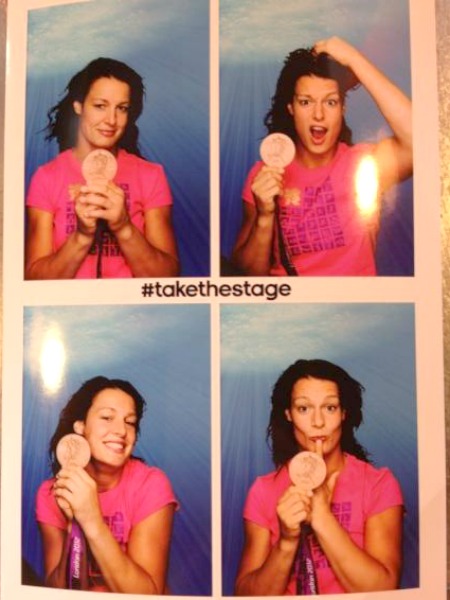 Lord Coe appeared to find Bosch’s reaction as satisfying as did the general public.

“I’m not suggesting vigilantism but it was actually poetic justice that they happened to be sitting next to a judo player,” he said.

“Throwing a bottle on to the field of play is unacceptable, it’s not just unacceptable at an Olympic Games but at any sporting event and anybody who does that will be removed.”

The bottle-throwing suspect is being held in police custody at an east London police station on suspicion of causing a public nuisance.

Cost of living in Ireland

3 Modern Ways To Make A Living From Home