The US swimmer won a gold medal in the 4x200m freestyle relay. Phelps anchored the team, and swam to an easy victory after a strong performance by teammates Ryan Lochte, Conor Dwyer, and Ricky Berens established a lead of nearly four seconds before Phelps even entered the pool.

“You are now a complete legend!” said the public-address announcer. 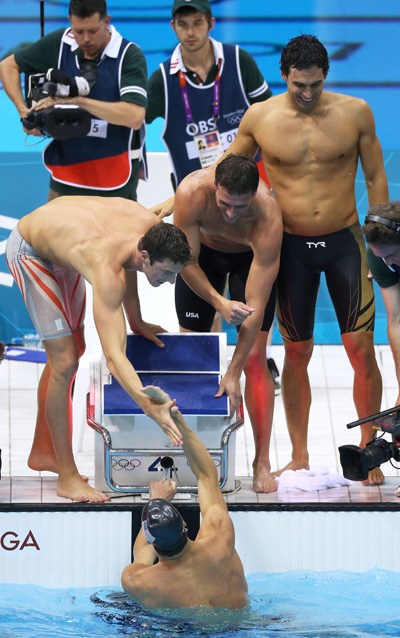 Phelps was previously known for his record eight gold medals in the 2008 Beijing Olympics. He now holds 15 gold medals.

However, the night also was bittersweet for Phelps as he failed to win gold in his signature event, the 200m butterfly. In a complete reversal of his famous Beijing win, Phelps lost to South African Chad le Clos by only 0.05 seconds, leaving him hanging his head in shame in the pool at the silver medal.  For 11 years, Phelps has been champion of the event and would have been the first person to win the event three consecutive times.

Phelps still has three more chances to extend his medal lead in London.