Dempsey’s silver win set off wave of joy across the crowd gathered on the Dorset coast.

The 31-year-old won bronze in the Athens Olympics eight years ago and had been hoping to beat this in London 2012.

On the verge of tears after the windsurfing final, Dempsey told the BBC: “It’s been a pretty difficult four years, but I’ve always believed I can come here and do well. It’s been tough coming to terms with the fact that I was racing for second, but I was desperate to finish second here, I’d already said third was going to be a disaster.” 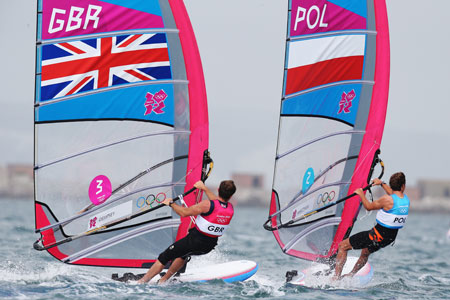 Dempsey continued: “I’m massively happy and glad I could do it for all the people that have helped me. It’s going to take a little while to sink in, but it’s amazing.”

Dempsey put himself in line for an Olympic silver medal after scoring a ninth and a second on Sunday to head Germany’s Toni Wilhelm in third place by 11 points.

What’s this GDPR buzz about and how does it affect consumers?