Fear not, we’ve rounded up the Olympic tattoo culprits of the London 2012 Games. Enjoy. 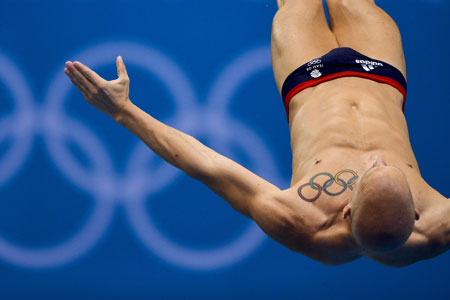 Team GB’s Nicholas Robinson Baker shows off an Olympic rings tattoo at the Aquatics Center in London on July 26, 2012 on the eve of the official opening of the 2012 Games 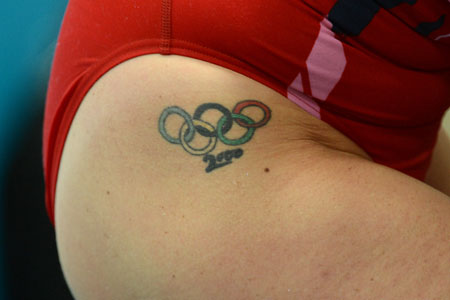 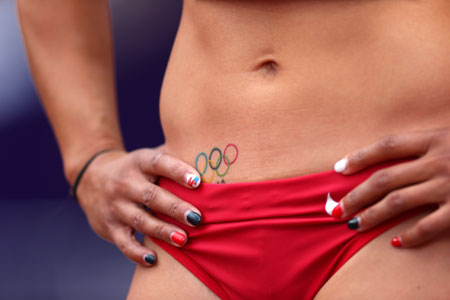 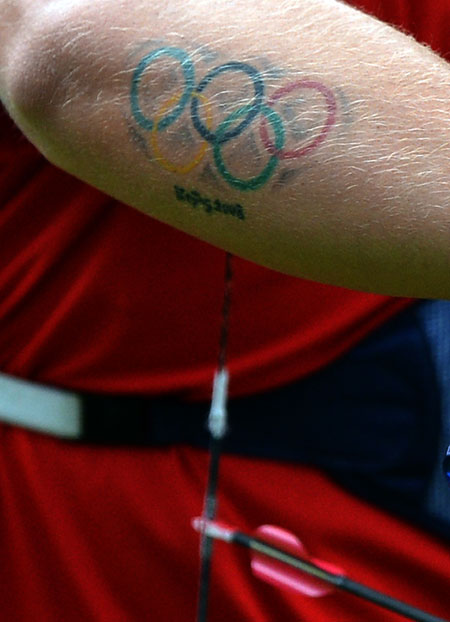 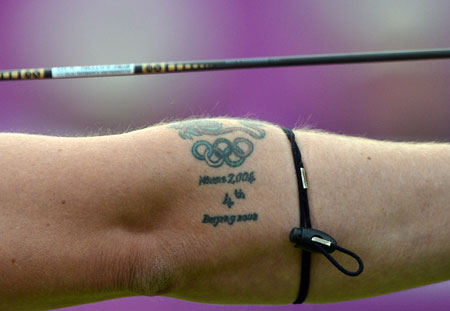 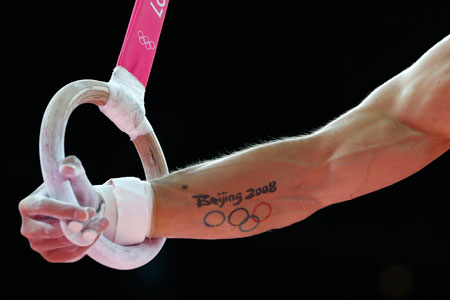 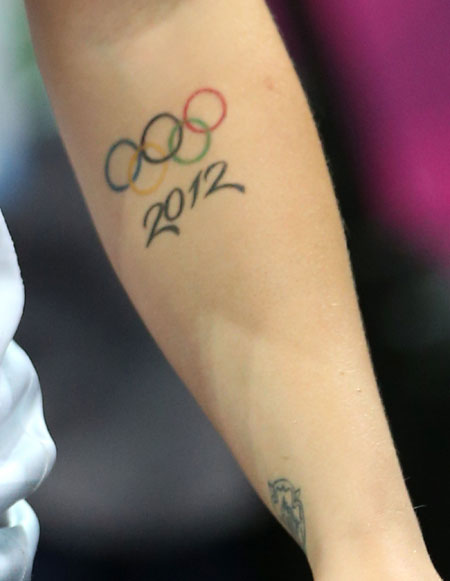 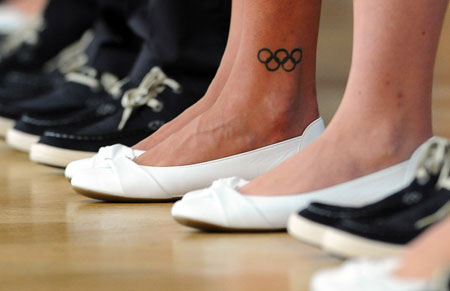 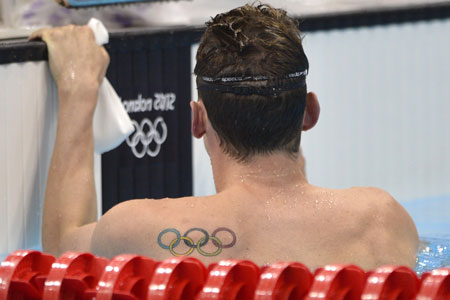