The Olympic stadium went wild last night as Bolt, still clearly the fastest man on the planet, ran his way to victory in the London 2012 men’s 100m final.

Pulling his signature pose and turning victory somersaults, Bolt was serenaded with chants of “Usain! Usain!”

He’s a self-proclaimed god of the athletics track but in his heaven the food of choice is still, apparently, the very earthly chicken nugget.

Bolt told reporters he’d had “a few nuggets, I’m not going to lie.”

He also revealed he eaten a wrap from a fast-food restaurant as pre-race fuel. 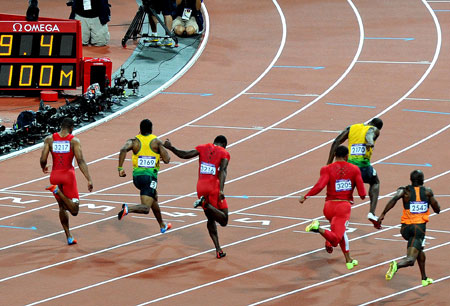 There had been doubts that Bolt would win gold in last night’s final. The iconic Jamaican is currently five per cent short of full fitness. However despite allowing his rivals a metre start out of the blocks, Bolt powered ahead, leaving the mere mortals in his wake and clocking the second fastest time in history, 9.63sec.

It was 0.05sec down on the world record Bolt set at the world championships in Berlin three years ago but faster than his winning run at the Beijing Olympics, 9.69sec.

As Bolt celebrates his 100 metre gold medal today, Jamaica is marking the 50th anniversary of its independence from Britain.

“I wanted to give Jamaica a great birthday present, and I think that’s a good start,” he said 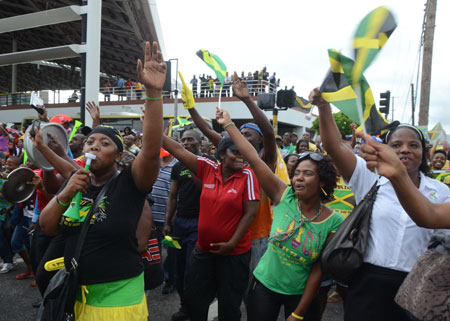 Video: ‘Don’t call me SuBoy’: BGT’s Jonathan Antoine vows not to freak out

Aussies will be generous in honouring Sachin