London diary: The best of what’s on in London August 26 – September 1

It’s all aboard for this Ghost Bus Tour that takes you through the darkest, most macabre corners of the Big Smoke’s grisly history on board a classic Sixties Routemaster. The horror-theatre-comedy bus tour, so to speak, visits iconic London locations such as the Houses of Parliament, Westminster Abbey, St Paul’s and Tower of London, revealing the murderous, torture-filled and downright ghastly incidents that have taken place over the years, with your haunting crew providing spooky entertainment as you go.

Zoe’s Ghana Kitchen pop-up brings the flavours of the west African nation to London. You can expect to find grilled chicken jollof burgers and wraps, Nkatenkwan wraps and garden egg moussaka. The mid-week melting pot on Wednesdays is a social night placing diners around a large communal table.

This free film festival pop-up comes to west London, with a wealth of independent movies for cinephiles to get their teeth into. Punk promoter Malcolm McLaren’s doco Anarchist opens the festival, with Alternative London and World Cinema mini-fests making up part of the programme, too.

The biggest open water swim in the south of England celebrates its fourth birthday this year as adventurous swimmers tackle the one-mile course through the Docklands. There will also be live music, street food and market stalls for those not joining the energetic wetsuit-clad folk in the water. 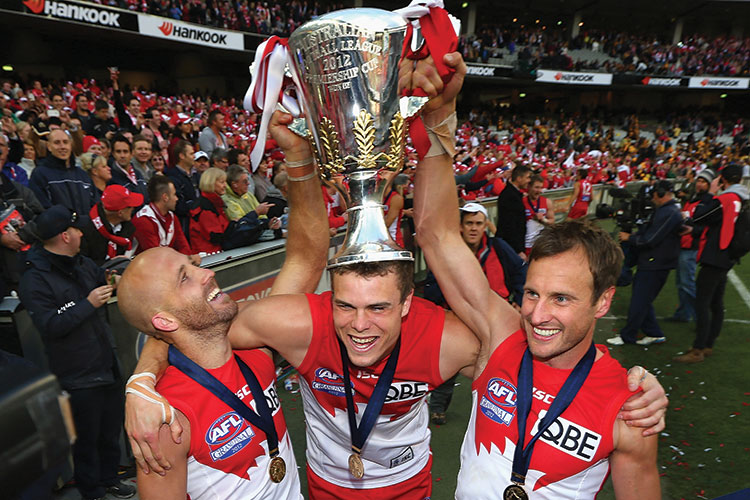 The last Saturday in September means one thing, AFL Grand Final Day. There’s a long month of footy to play before we know who’ll be there on the big day, but we do know the TNT AFL GF shindig at Elk will be showing it on a stack of screens to make sure you see every mark, goal and hit, unless you’re at the bar taking advantage of £3.50 espresso martinis, £2.95 Bundy and cokes and three Jägerbombs for £12. Get your footy gear on too, with a £50 bar tab going to the best dressed.

Ping! place 100 table tennis tables across the capital in the summer, and host this King Ping! tournament to mark the closing of another year’s ping pong. There’s music, drinks and prizes ahead of the crowning of King and Queen Ping! It’s a knockout tournament, but the day is really all about the party.

The Australia and New Zealand Festival of Literature and Art isn’t on until next May but this launch event will give you a taste of what’s in store. A night of new writing from Eleanor Catton, Courtney Collins and more, live music from Ben Fletcher, plus short films and great food. £30 tix include food and drink.