The Sexological Comedy Show is part stand-up, part group therapy session, which takes sex and our anxieties about it and delivers an hour and a half show that is as much about laughing and sniggering as it is about teaching.

So get ready to share. Austria’s most prominent sex guru looks to solve the battle of the sexes, once and for all.

Does my boyfriend notice when I fake an orgasm?

The answers to these and more can be found within. Take note.

The lady in question is a mainstay on the Big Apple’s cabaret scene and brings her superb show – music, cabaret, an encounter behind a curtain with one brave and lucky punter – to the Soho Theatre to show why she is such a celebrated act.

In a year in which cabaret in London is bigger than ever, she’s one not to miss.

Photographer Thomas Zanon-Larcher is most well-known for his snaps of supermodels, particularly catching them at their most unguarded backstage.

Here, however, he employs the ladies to act as if caught unawares in public spaces.

It’s a jarring exhibition that straddles what is manufactured and what is real.

This fascinating documentary looks at the lives of two Chinese bloggers – Zola and Tiger Temple – and the risks they take in their fight to tell the untold stories from their homeland.

A powerful portrait of a nation in flux and evolution, in which the future is within reach, but where the past still exacts a hold over the present. 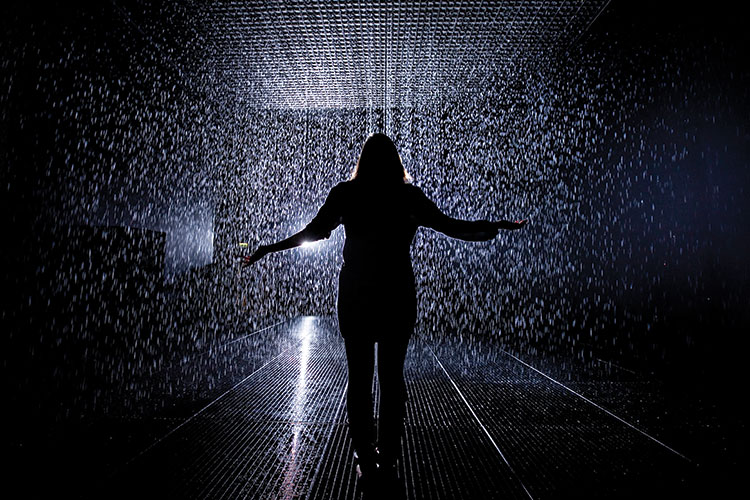 Living in the UK, this is a dream come true – the ability to control the rain!

This fantastic installation from Random International, which has had people queuing round the block to give it a go, closes this week.

Rain Room puts you in the middle of a downpour without you getting wet – the rain falls around but not on you, as your movements control its fall.

We wish we could take this out with us come summertime!

Are we alone in the universe? If not, what shape would aliens take? And what would they make of us?

These are the questions this new exhibition at the Royal Observatory considers through science (the how, what and why) and culture (sci-fi speculations and movies).

Stand up for Shelter