This brand-new walking tour promises to show off a London you never thought you wanted to see, taking punters on a two-mile rummage of the city’s historic landfills and rubbish dumps.

Yes, it literally is a rubbish tour. You’ll be escorted over the Isle of Dogs and under the river to Greenwich, stumbling across historic relics cast off to various trash heaps along the way.

The one hour and 45 minutes-long tour will be full of surprises and incredible insights into London’s rubbish past.

A scrap of junk food is included in the price.

Feb 17, 11am. Booking essential, £8
Meet by the entrance to Platform 2 at
Tube | Mudchute
dotmakertours.co.uk

What would Beyoncé do?

Luisa Omielan’s Edinburgh fest hit comes down south, in which the 30-year-old wonders how her life went so tits up – speed dating in a wedding dress, breaking up shit in the loo after her little brother blocked it, etc.

Then a moment of clarity: “What would Beyoncé do?” Top night out for all the single ladies this Valentine’s Day.

The human body and mind, the link between the two, and our base instincts formed the cornerstone of Nauman’s Seventies and Eighties work.

This collection of neon designs and installations shows his psychoanalytical investigations into mankind’s subconscious, and four upside down men sucking each other off. Yup.

The second annual celebration of London’s cabaret talent is set to unfold with shortlisted artists and groups competing in fields such as best alternative performer and best drag act.

There’ll be performances from Sarah-Louise Young and Folly Mixtures, compered by the eye-catching Divine Miss Em. 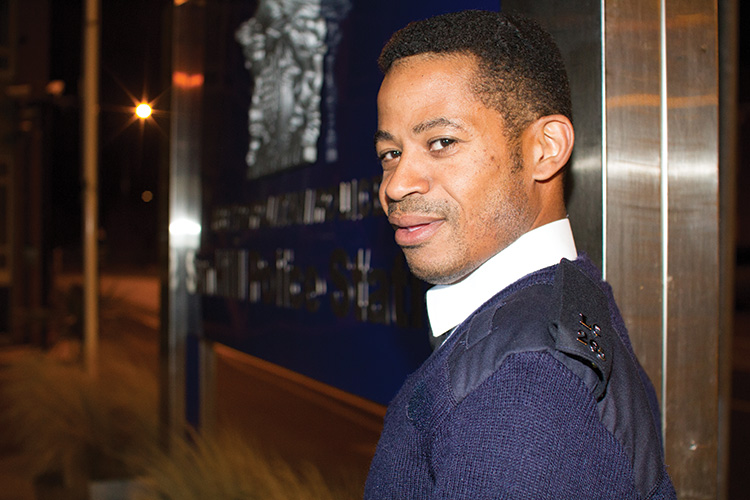 After 27 years fans said farewell to British cop-drama The Bill in 2010, but its presence has remained at the Wimbledon Film & Television Studio where it was shot.

But soon the studio will be gone, and with it this tour, a reminder of how awesome mean-as-fuck DI Burnside and Tosh were.

Get your last look at Sun Hill Police Station and heaps more with these final chances to reminisce, guided by Clive Wedderburn, who played PC Gary McCann.

This Paris concept store holes up in the capital at Austique to coincide with London Fashion Week.

It’s best described as an ultra-hip fashion and creative space, where you can mingle with super-trendy types and grab yourself some styles (Parker, Camilla & Marc and more) that’ll rule S/S 2013.

The startling spoken word and improv magic, which combines live music, poetry and all kinds of experimentation, takes to the stage of the stunning Royal Albert Hall.

Would you like to see these foreign working customs introduced to the UK?