A good day to break through: Aussie Jai Courtney is Hollywood’s new action-hero after lead role with Bruce Willis in A Good Day To Die Hard

With two high profile roles in the last three months, first opposite Tom Cruise in Jack Reacher and now a lead part as Bruce Willis’s son Jack in A Good Day To Die Hard, he is rocketing towards action stardom.

“He is on his way,” Willis himself proclaimed only last week of his younger co-star. ”That guy is awesome!”

Ask the New South Welshman, though, and he reveals smash-bang-explosion is far from all he is about.

“Things have shifted these days,” he says of Hollywood’s propensity for an all-out action hero.

“There are a few people we could label as straight up and down action guys, but that’s not the path I want to head down.”

He’s not oblivious to the fact, however, that, currently, it’s something he does, and does very well. 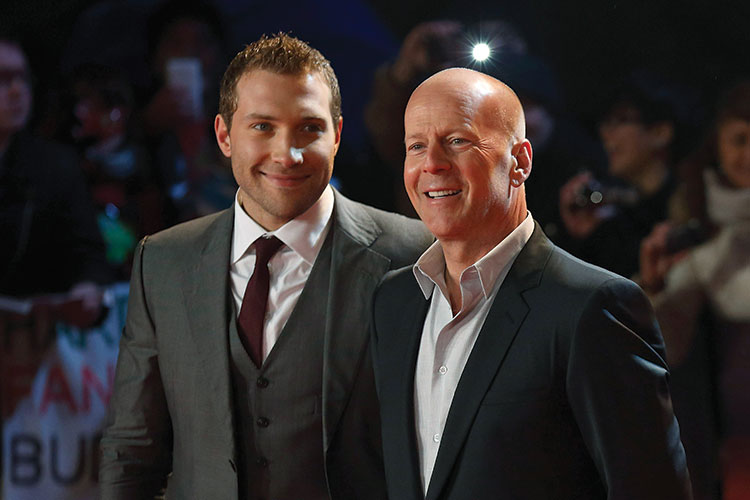 “It is interesting that I’ve had the opportunity to work on some action-heavy projects, and if there is a strength for me that I need to play to then that’s great,” he says.

“You have to break in somehow. But I want to diversify.”

Courtney joined Perth’s Western Australia Academy of Performing Arts (WAAPA) in 2004 – an institution that counts Hugh Jackman and the late Heath Ledger among its alumni to make it big across the Pacific – and won a role in swords and sandals TV show Spartacus in 2010.

Shortly after he was cast as sniper villain Charlie in the big screen adaptation of Lee Childs’ impossibly successful military detective Jack Reacher saga, starring Tom Cruise, with whom he tangles in numerous scenes.

No sooner had he finished work on this, he got the call about the Die Hard gig.

“I was walking down the jetway to my flight at LAX when my agent called and said don’t leave, they want you to read with Bruce. I went, we did a few scenes. 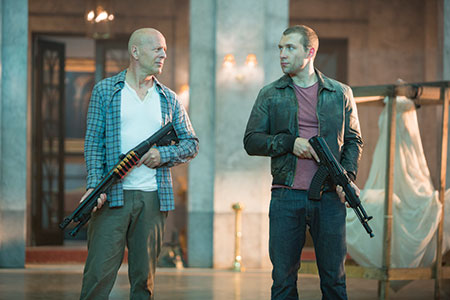 “They’d not found the right guy for the gig as they needed someone who had that chemistry with Bruce.”

A few screen tests and months later Courtney got the part, cast for the chemistry with his on-screen dad along with his rugged good looks and imposing physical presence.

The latter went against what the production team had been looking for initially, but they were convinced to go with the young Aussie purely on the strength of his audition.

Die Hard rewrote the rule book for action heroes back in the Eighties – Willis’s John McClane was a wise-cracking everyman when compared to muscled monsters such as Sly (Rambo) and Arnie (Terminator) – and A Good Day … continues this against-the-grain approach.

It’s a far cry from a straight forward guns and explosions movie, too. While its McClanes vs the Russians set-up suggests Cold War traditionalism (John goes to Moscow to help his incarcerated son, only to find out he’s not a drug-dealing chump but a CIA operative), the film’s heart is their father-son dynamic. 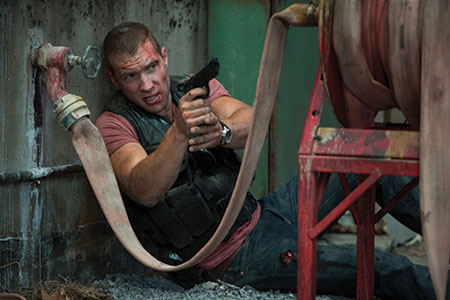 Despite all the explosions and director John Moore’s unmistakable passion for action – he “gets off on the gear and vehicles and is very animated, his enthusiasm’s infectious,” Courtney says with a smile – the estranged family relationship delivers some of the film’s finest moments, and some of the series’ best one-liners.

Dad and wayward son teach each other a few things about parenting amidst dodging bullets, leaping from buildings and indulging in a car chase through the interlinked streets of Moscow’s famous Garden Ring, destroying all in their path.

“There were 108 cars destroyed in that chase alone!” Courtney laughs of what was a memorable few days at the office.

As John and Jack McClane trade barbs there’s a feeling the film could herald the passing of an on- and off-screen torch.

With Willis approaching 60 – he turns 58 in March – and his sidekick a sprightly 31 years his junior, Courtney could take the franchise in to the next era.

“I haven’t given it a lot of thought,” he responds, disappointing our hopes for a McClane franchise anew to smash memory-broken Bourne and MI6’s dapper elder gent 007 into touch. 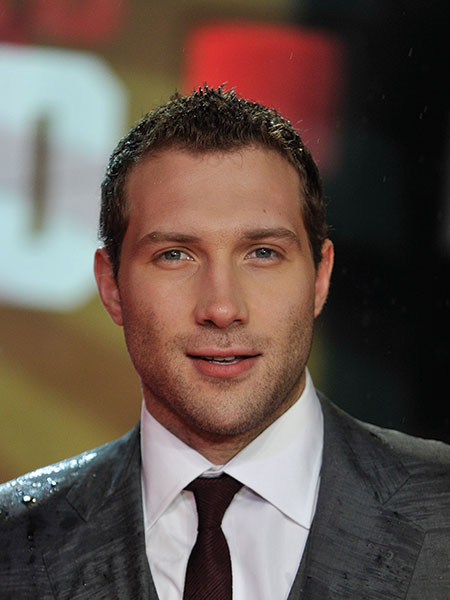 “If I get the chance to come back and play Jack again then great, but I don’t think Bruce is done with it yet.” Indeed, Willis has since revealed that plans for a Die Hard number six are already afoot.

And yet, while Courtney is in with a good chance of being involved and is obviously at ease with the action aspect of his work – crashing cars through the former USSR, trading blows with Hollywood’s biggest stars or getting his shirt off and revealing a ripped torso in Spartacus – he’s adamant his career will not be made up of these roles alone.

“From this point on I have to be smart and strategic,” he says.

He could take heed from Hugh Jackman, who despite having a number of huge action roles under his belt (Real Steel, Swordfish, Wolverine), is hardly an ‘action star’.

“There are certainly types of films I want to work on and make and I shall have some level of control on that – you can choose the path you want,” Courtney says.

“It would be wrong to go and pick any old thing. Hopefully the exposure and experience [these projects] will bring will help me grow as an actor and aid me in [achieving] that.”

Indeed, between getting the call and filming Die Hard, he made another movie, I Frankenstein, an Underworld-style spin on the horror tale shot in Melbourne with a largely Aussie cast, including Mirando Otto and Yvonne Strahovski (TV’s Chuck) and Sydney-born screenwriter turned director Stuart Beattie (Tomorrow, When The War Began).

Courtney plays the leader of two immortal clans waging an eternal war, with Frankenstein (Aaron Eckhart) right in the middle. So quite a change of pace from contemporary Stateside action flicks.

“I am shooting for a long career,” he says understatedly, his intent on making the most of this moment clear. “It can’t all be about guns and car chases.”