It’s like watching a movie, only without the sitting down and watching it part. What do we mean?

This car park-based weekend of movie magic has three films on the big screen – a sing-a-long to Grease (Mar 29); a dance-a-long to Dirty Dancing (Mar 30); and a concert-style screening of Purple Rain (Mar 31).

You then get some wireless headphones so you can dance, sing and go mental along with these cine-classics with a dressing up box to aid your immersion. After that there’s a silent disco as well. Top tunes and top movies. Get in!

The Vanishing Point screened Assault On Precinct 13 in an old police station and The Omen in a 19th-century church crypt.

Now they bring ace gaming doco, King Of Kong – A Fistful Of Quarters, about two warring Donkey Kong players, to Retro Game Base. Get your geek on with this heart-warming movie about joystick competition.

It would be easy to hate indie band-cum-visual artists Breton. But the truth is, their debut, Other People’s Problems, was pretty fucking ace.

This photo exhibition, Escalation, at Proud Camden continues to “describe narratives, art and people around us,” says frontman Roman Rappak. They’ll open it with a live show, too.

Loads of places are offering menus for the Indian Holi fest, a colourful celebration marking spring on March 28. Our pick though has to be Cinammon, whose Kitchen, Club and (third and latest, Cinnamon) Soho venues have all got superb Indian menus that cater for spice lovers of all budgets, with cocktails galore, too. 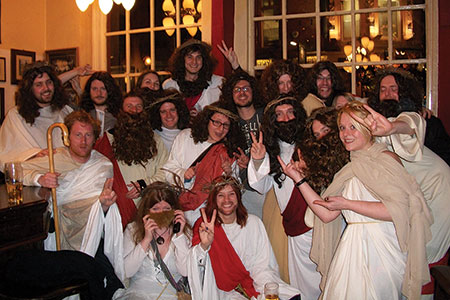 Revellers dressed up for Christathon

What are you going to do this Easter to celebrate Christ’s death? (Is celebrate really the right word?) Stuff yourself full of chocolate eggs? Enjoy the four-day weekend?

Or go mad dressed like the beardy man on this son of our Lord-themed pub crawl? If you want to do the latter – and why the hell wouldn’t you? – get down to this annual Crucifixion-themed dress-up party.

More than 300 art works, from famous and unknown artists, come together for this exploration of Japanese culture, memory and creativity.

It’s the last exhibition at the Wellcome gallery before a boastful £17.5m redevelopment, which is due to be done in time for summer next year. 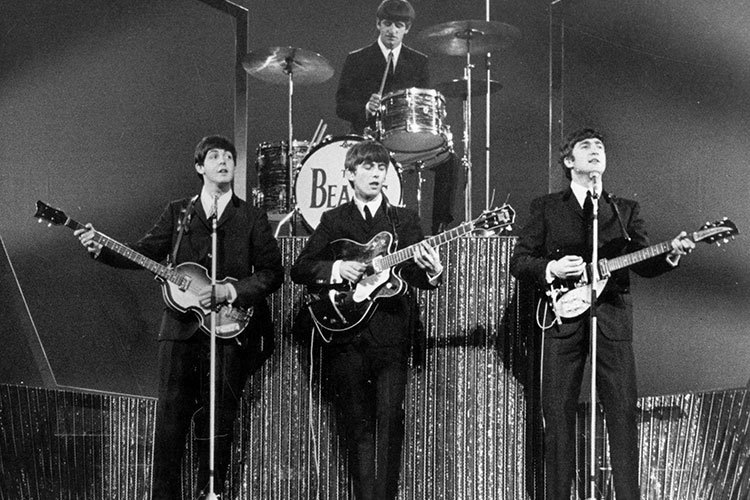 The Get Back Beatles

With one of the best back catalogues known to the musical world, The Beatles are never going to stop being everyone’s favourite band.

The Get Back Beatles smash through the Fab Four’s most popular Sixties tunes, while capturing their youthful exuberance and spirit of the decade of miniskirts and counter-culture chic.

Deepwater Horizon: Gulf of Mexico a year on