It’s dinner crossed with speed dating for this evening at Fulham favourite the Cock Tavern.

The set-up’s simple – seven guys and seven girls share 20-minute dates across seven courses of fine grub, such as beef carpaccio with wild rocket and truffle oil and scallops with pea puree and shoots.

The subtitle, ‘Tracking the trainer’s journey through popular culture’, could also be, ‘When the sports shoe became cool’.

This Covent Garden Piazza exhibition looks at how the lowly sneaker went from grotty at the bottom of the gym bag to expensive, stylish, coveted and worn on the town the world over.

This platform for the country’s very finest contemporary craft and design artists comes to London after a successful stint in Brighton that has seen no fewer than 6000 people attend.

Not only is there a dazzling array of individual works on offer, but there are also exhibition spaces for craft galleries and groups to curate, too.

This bookable and free lunchtime pop- up at the Old Truman Brewery runs for three days, each showcasing artisanal fare from one of the country’s regions (west Sweden, Skane, then Lulea), all within a reconstruction of traditional red cottages found across the country. Warming, educational, and better than a cheap sarnie. 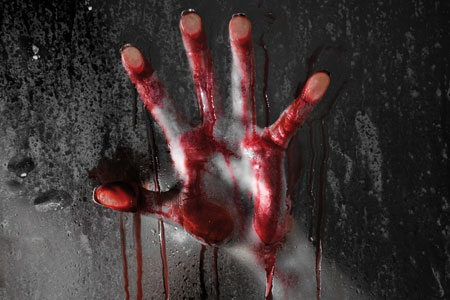 The UK’s only annual horror theatre season dives into its second week in the run-up to Halloween.

With all manner of creepy productions and theatrical projects, the emphasis is less on the cheesy, tongue-in-cheek notion of Halloween as imported from the trick or treatin’ Yanks, and more about serious, controversial productions that revel in the macabre and scaring the pants off you.

Expect to be terrified!

This festival aims to dispel the myth that ‘cartoons are for kids’ with its programme of challenging, intelligent animations from around the world.

Top of the bill for the opening night gala is the Johnny Depp-narrated For No Good Reason, about the controversial political satirist animator and cartoonist Ralph Steadman.

Bringing the quirk of the summer festie scene to the autumn and winter of east London, the Queen of Hoxton’s rooftop garden becomes home to all manner of music, with a crackling fire, extravagant food to sate your appetite (suckling pig, venison, racks of lamb) and a barrage of warm, filling beverages under their tipi canopy.

Top 7 party venues in the world