London diary: the best of what’s on in the capital this week, Sept 3 – 9

The Rock Against Racism movement of the late Seventies in London coincided with the eruption of punk across the city, and the spirit and ethos has lived on in the Love Music Hate Racism organisation celebrating its 10th anniversary this month.

To get the party started, Rich Mix is hosting a month of events, including a programme of live music, dance, theatre, visual arts, film and spoken word, with special guests including punk legend Jerry Dammers, leftie comedian Mark Steel (above) and ex-mayor Ken Livingstone.

Get ready for the second instalment of the sports-themed supper club with a 10-night stint for the duration of the Paralympics.

There will be an opening ceremony feast, a beer tasting night, a curry and movie evening, as well as Thai, American and closing ceremony events, too, to titillate the palette.

The banks of the Thames host this end-of-summer party. From the London Eye to St Katharine Docks and beyond, there’ll be choral performances on HMS Belfast, acrobatic theatre, steel drums, and the four million volts powered Lords Of Lightning show. 800,000 are expected so get down there early.

The backpackers’ home-away-from-home gears up for its second monthly hostel party.

It’s the biggest event of its kind in the city, full of likeminded people up for having a laugh, and has a host of drinks and food offers to get you in the mood for a night of hedonism. 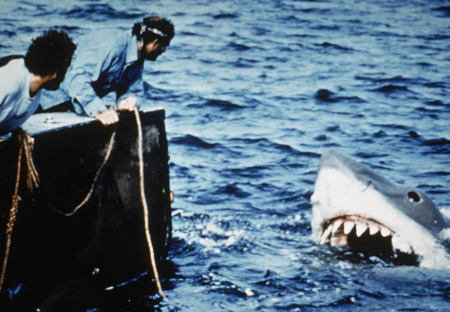 To coincide with the upcoming BD release of Spielberg’s stunning shark-shocker, Jameson’s is throwing an ‘Amity Island’ beach party at Greenwich Yacht club –  complete with Seventies fashions, a BBQ, and a couple looking for their dog, of course – followed by a screening of the film itself at 8pm.

The fun and Games aren’t over yet. As the Paralympics get into full flow, BT London Live takes to Trafalgar Square for this last week of sporting and cultural partying.

There will be medal winners taking to the stage, huge screens showing all the action, and a host of bands, too, including The Beat, Gen Washington and The Ram Jam band, Space Ships Are Cool, London Calling and Reasons To Be Cheerful.

The third annual Hackney Film Fest kicks off with a collaborative event between HFF and the Live Cinema Foundation, considering the intersect between film, digital practices and the performing arts.

There’s a short movie programme, oodles of talks, and an emerging filmmakers screening line up, too.