This culinary celebration takes in talks, cookery demonstrations, dining events and a grand food fair to cater for all tastes.

With bars and restaurants around Waterloo joining force, there will be: cookery theatre and a food fair opposite The Old Vic (Sept 6), with three local chefs showing off their skills ahead of a street market; Cubana’s cocktails and smoothies taster nights; an Indian summer BBQ (Sept 20); cake decorating (Sept 25); butchery demos (Sept 12), and a Bollywood night (Sept 20), too. Spice up your life.

Artist Yinka Shonibare (famed for his Nelson In A Bottle plinth offering) curates this weekend of African flavoured festivities that includes screenings, talks, debates and performances.

There’s also a drumming workshop, and a perfomance by Afrobeat co-founder Tony Allen.

Terror Down Under Double

Part of the Scala Beyond season, these consecutive double headers look at horror from Down Under.

Rise of the Non-Conformists

This exterior street art exhibition, part of the Whitecross Street Party, has but two weeks to run, so get down while you can and spy some of the eye-catching offerings transforming the street.

There’s everything from billboard-sized paintings to apocalyptic skull cyclists and all manner of sculptures. 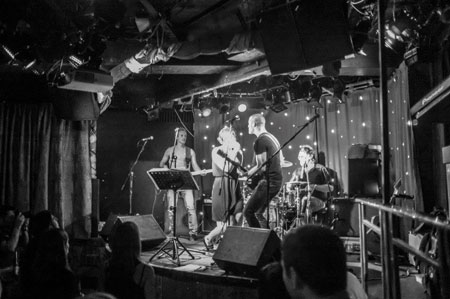 Do you find the normal karaoke choice is too pop, too bland, too weak and lacking in six-string action?

If so, then you are not alone, and Rockaoke, taking up residency at Madame JoJo’s on the last Wednesday of every month, can put this right.

The ultimate backing band, they’ve worked with more than 30,000 lead singers, as well as the odd celeb, too (Michael Schumacher, Justin Lee Collins, er, James Corden). So get ready to rock out to your fave tunes!

2012’s ‘best of British’ vibe gets a novel spin with this night of laughs looking back on the years of the UK’s first female PM, as well as at the success, or lack thereof, of the current country-runners.

Sign up early for a free barber experience (wet shave, hot towel facial), and complimentary cocktails and whiskey tasting alongside the grooming talks.

Running of the Bulls: San Fermin begins in Pamplona – pictures