A little taste of home, in some truly wrong ways, this gag-fest pub-game show started out in Melbourne and, by the looks of its ace run in London and Edinburgh Festival shows in August, is set to bring bingo to a whole new crowd. Instead of blue rinses, it’s stone-washed denim, mullet-overload and some cheesy Eighties rock that makes Angus Young and his cohorts sound like envelope-pushing artistes. So get down, grab a brew and join the big time bogan-fest. Be as bloody obnoxious as possible!

We all have one, some more used than others, but even the experts know little about it. This exhibition looks at how our understanding of the brain has developed, how it’s been misunderstood, and includes diagrams, artworks, surgical instruments, and, of course, a couple of famous human brains. Fascinatingly ick-tastic.

Take a private tour of the capital that is quite unlike another, a mini-adventure all of your own, in these Mini Cooper tours (the original classics, not the current BMW monsters). You’ll be whizzed about town, enjoy a ‘Royal Tour’, as well as a spin around Westminster. It’ll be difficult not to imagine yourself in The Italian Job, though.

Freshly opened and showing all the Euro matches, as well as running throughout summer with all the sporting action – Murray’s Wimbledon campaign, full coverage of the Olympics – this is the newest place to catch the sporting action. It’s open 24 hours a day, seven days as week, with a balcony bar and grub deals, too. 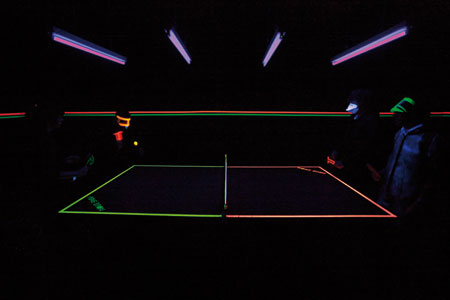 What began as a small undertaking has bloomed into a institution. The premise, though – immersive cinema, the identity of which is kept a secret – remains joyously undampened by the pull of the mainstream. There are more flocking to these events than ever before, but the experience of walking into the world of the film you’re about to watch has remained undimmed. Powerful and admirable.

£35+ | Until July 1
Revealed on purchase of ticket
Tube | TBC | secretcinema.org

If the thought of another concert in very English surrounds doesn’t have you running for the hills, then check out this south-of-the-river show. The eclectic line-up includes Liza Minelli, Frankie Valli and John Barrowman (from Torchwood) with elegant palatial surrounds. It might not rain this time, too. Fingers crossed, as always.

This comics and arts fest in the heart of London’s thriving creative centre has talks from some of the industry’s brightest stars, workshops to get feedback on your own work, and a host of Shoreditch bands on hand for the evening gig. Soundtrack your illustrative cravings with some rock n’ roll.

Film review: Up in the Air