London diary: top events in the capital this week

Various: The Genius of Hitchcock

Alfred Hitchcock, the greatest British film director of all time, is the focus of this season at the BFI, which kicks off this week. There are screenings of his nine newly restored silent movies, including Blackmail, The Lodger and The Pleasure Garden. There are also gala screenings of his flicks, a complete retrospective, including classics such as Psycho, The Birds and Strangers On A Train, as well as an introductory guide The Genius Of Hitchcock… In 39 Steps for those keen to embelish their Hitch trivia.

This ‘live homage to The Smiths’ will feature a couple of bands doing covers of The Smiths’ classics, and former Smiths drummer Mike Joyce as special guest DJ, all of which serves as the launch for Kevin Cummins’ new exhibition of photos of the iconic band.

This exhibition brings together artists from Australia and the UK to collectively challenge the status quo of what is expected from contemporary photography. The photos here explore the best and the worst of society, such as Katrin Koenning’s intimate family portraits and Toni Greaves’ study of monastic life.

Promising a ‘British combo of tea, pensioners, jive and foxtrot’ this eclectic festie brings the best in outdoor performance. There’s rapping OAP Ida Barr’s Jubilee Mash Up; Polar, a tango danced in flames; and Project 3Sixty, which boasts gravity-defying free running tricks and stunts to live up to its no-holds-barred title. 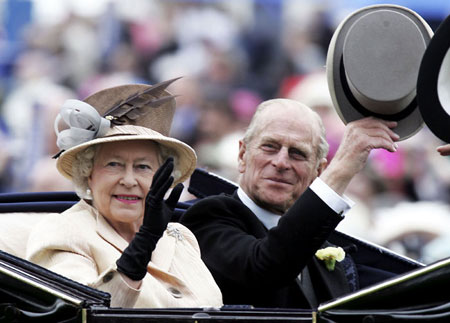 As Queen Lizzie celebrates her Jubilee bash, and as everyone else enjoys the benefits of a four-day weekend – when, with a bit of luck, the sun will be shining – put your regal knowledge to the test in this royal pub quiz. The questions will cover royal history from 1952 onwards, so expect one or two on Phillip’s gaffes, the Queen Mum, Prince Harry’s Nazi moment, and perhaps something about last summer’s wedding. The winner gets a £100 bar tab, too.

The second screening in this cycle-licious cinema project is Stephen Chow’s martial arts comedy, Kung Fu Hustle. While the film is ace, full of high-kicking gags and mayhem, it’s the project itself that’s the draw. The screen is pedal- powered, so bring your bike and work off your popcorn as you watch.

Marmite, it’s heavenly and divine to some, a black, sludge-like abomination to others. You love it or hate it, as they say.  Those for whom it’s the former have teamed up with west London restaurant The Botanist to offer a Marmite menu – so that’s finger sandwiches and Ma’amite scones. Delish.